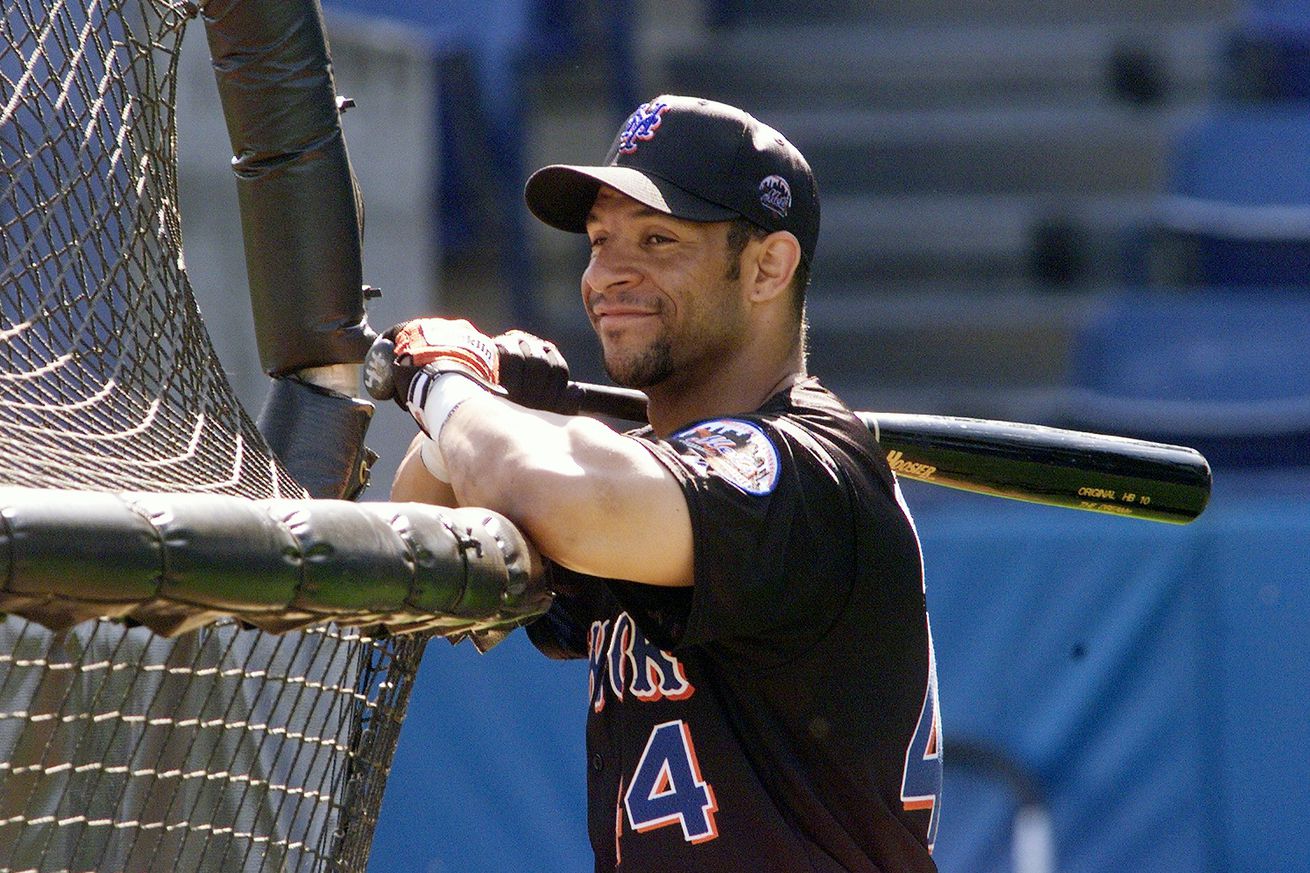 What ever happened to Jay Payton?

The Mets selected Payton with their first-round supplemental pick as compensation for losing Sid Fernandez to free agency, making him the 29th overall pick in the 1994 MLB Draft. Ironically, just prior to finding out he had been drafted, Payton had commented that he felt bad for whoever the Mets were going to select with that pick. Having Paul Wilson with the 1st overall pick and Terrence Long with the 20th overall pick, the outfielder remarked to coach Danny Hall and other teammates during a trip back to their hotel after a College World Series game, “I feel sorry for the guy who gets taken by the Mets in the ‘sandwich’ round. All the money will be gone!” According to Hall, “So we get back to the hotel, and there’s a guy waiting for Jay. It’s a scout from the Mets [Ron Hopkins], and he tells Jay they’ve just drafted him and he wants to talk about signing a contract. We all cracked up.” In the end, the outfielder was happy, as he thought that he wouldn’t get selected until the middle of the second round.

The 21-year-old Payton signed with the Mets and was assigned to Pittsfield Mets for the majority of the 1994 season. Appearing in 58 games, he hit the ground running, being named team MVP with a .365/.439/.498 batting line for the Mets’ short-season affiliate, with 3 home runs and 10 stolen bases. Owing to his success, age, and pedigree, the Mets promoted Payton from short-season ball to the Binghamton Mets at the end of the year. Appearing in 8 games, the outfielder looked like he belonged, going 7-25. Payton received marginal top prospect recognition, finding himself on the back end of Baseball America’s Top 100 Prospects list for the 1995 season.

Rather than send him to the Capital City Bombers or the St. Lucie Mets to get acclimated to full-season ball, the Mets kept Payton in Binghamton for the 1995 season. Once again, he excelled. In 85 games, he hit .345/.395/.535 with 14 home runs and 16 stolen bases. He was promoted to the Norfolk Tides in the second half of the season but nagging elbow issues that were bothering him limited him to a .240/.284/.398 batting line with 4 home runs and 11 stolen bases. He eventually had surgery on the elbow, first to remove bone spurs and then Tommy John surgery. Despite the health issues and the struggles in Triple-A as a result, the 22-year-old still managed to hit a combined .307/.356/.486 in 135 games in the upper minors with 18 home runs and 27 stolen bases and was named the 21st best prospect in baseball for the 1996 season by Baseball America.

Because the list of position players who had needed and undergone Tommy John surgery was relatively small, the Mets were sailing relatively uncharted waters with Payton’s recovery. He returned to the field much too early, and despite hitting well in 55 games with Norfolk and in 16 rehab games- the outfielder hit a combined .307/.363/.503 with 6 home runs and 10 stolen bases- his elbow began causing him pain again. Scouts and evaluators at the time did not realize the ticking timebomb that his elbow was and only had minor health concerns, ranking him the 34th best prospect in baseball for the 1997 season.

It would turn out that there would be no 1997 season for Payton. During spring training in March, he blew out his elbow a second time, necessitating a second Tommy John surgery. According to the outfielder, “[Dr. Lewis] Yocum said, ‘You can have it a second time or find something else to do- and there are no guarantees you’ll recover from this one.’” Considering this period of his life one of his lowest, Payton did not wallow in misery and give up; rather, he continued rehabbing and working his way back to the field. He hit .261/.318/.404 in 82 games for the Tides, missing some time on the disabled list due to a hamstring problem and was rewarded with a cup of coffee with the Mets that September. In his very first game in the majors, Payton went 2-2, replacing Tony Phillips in left field in the sixth inning, notching hits off of Stan Spencer in the seventh and Trevor Hoffman in the ninth. He would end up going 7-22 with a double in his first taste of baseball at its highest level.

That January, Payton underwent a pair of arthroscopic procedures on his left shoulder. His shoulder had been bothering him intermittently during the 1998 season as a consequence of ergonomic issues related to compensating trying to protect his twice-surgically repaired elbow. The outfielder missed the majority of the season, appearing in just 38 games with the Tides. While he wasn’t able to play much, Payton seemed good as new, hitting .389/.437/.674 with 8 home runs and 2 stolen bases in Norfolk. He received a second cup of coffee that September and went 2-9 with a double for the 1999 Mets.

Fully healthy, Payton made the big league team out of spring training, appearing in 149 games as the Mets’ primary center fielder. He was a major reason for their success that season, hitting .291/.331/.447 with 17 home runs and 5 stolen bases and trailing only winner Rafael Furcal and runner up Rick Ankiel in National League Rookie of the Year votes. In a postseason run that contained numerous iconic moments, Payton was involved in two; in Game Five of the NLCS, he was hit in the face by Cardinals reliever Dave Veres in the eighth inning and sparked a brawl after charging the mound, just a mere moments before the Mets would clinch the National League Pennant; in Game Two of the World Series, he hit an opposite field home run off of Mariano Rivera, the second person ever to hit a homer off of the Hall of Famer in the playoffs and the last to ever do so.

Until his retirement, Payton would bounce around to multiple teams in the mid-to-late 2000s, spending time with the Padres, the Boston Red Sox, the Oakland A’s, and Baltimore Orioles. In January 2010, he signed a minor league deal with the Colorado Rockies, unable to find a team willing to give him a major league contract. Appearing in 116 games for the Colorado Springs Sky Sox, the Rockies’ Triple-A affiliate, Payton hit .323/.365/.469 in 116 games. He was called up to the Rockies that September and went 12-35 in 20 games with four doubles and a triple. His final hit as a professional came on October 3, 2010, when he hit a ground ball back up the middle for a single off of Jeff Suppan. He retired from baseball in February 2011.

While Payton didn’t have the career that many first hoped when he was drafted, he went on to have a solid major league career, hitting a combined .279/.323/.425 over the span of twelve years, good for a 92 wRC+. He was generally a good fielder, and combined with his offense, accrued 12.0 fWAR/15.4 rWAR over the span of his career. The baseball field at Zanesville High School was eventually named in his honor as their most successful baseball alumnus, and he was inducted into the Zanesville Hall of Fame. After retiring, he worked for EPSN and Fox Sports doing color commentary for college baseball broadcasts. In addition, he coached his son’s travel baseball team and provided personal lessons at his private baseball facility in Oklahoma.