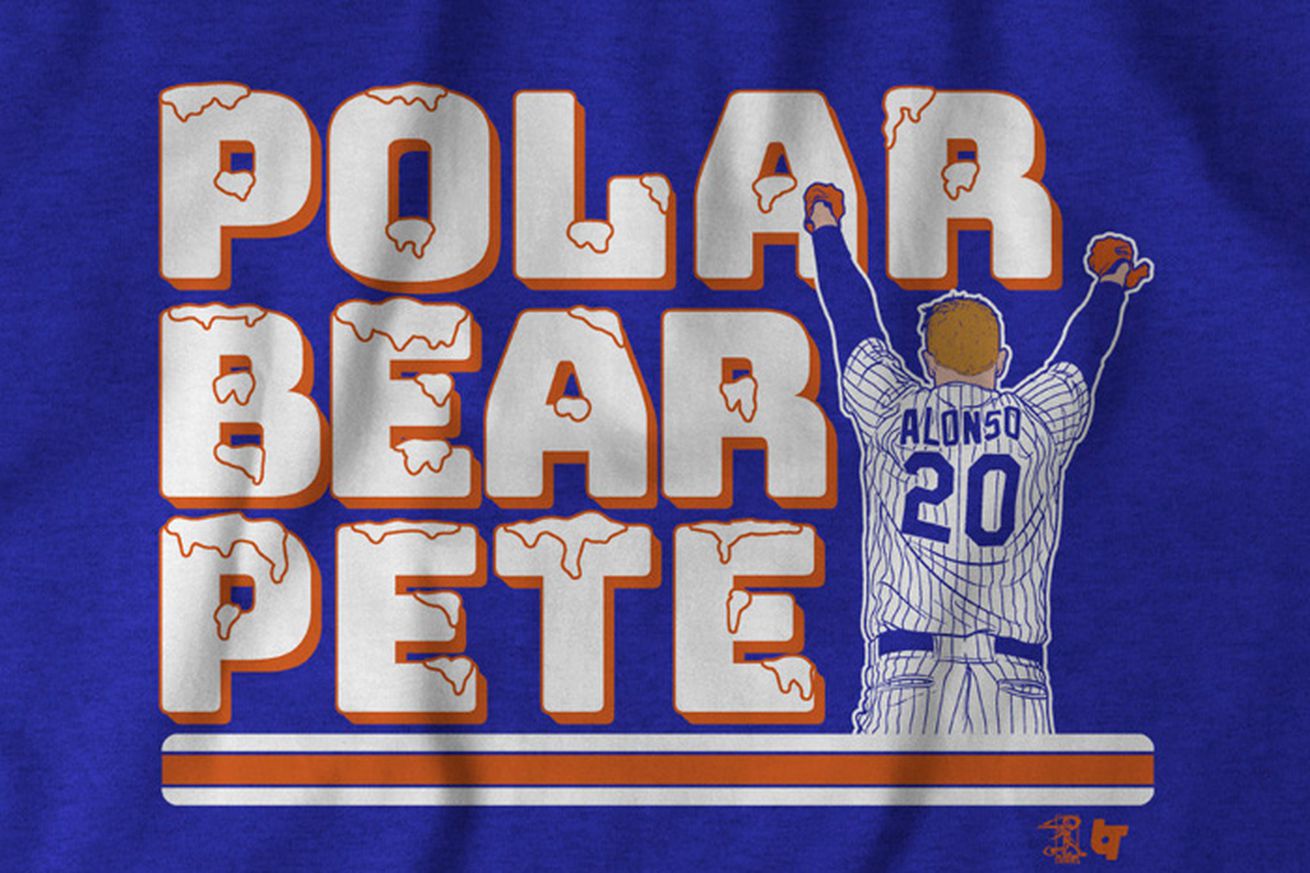 The Mets’ slugging first baseman has a few nicknames, and Polar Bear might be the best one.

Although the Mets have had a bit of a rough week, there’s never a bad time to lift your spirits with a snazzy new t-shirt. And our friends over at BreakingT have come up with another Pete Alonso shirt, this time celebrating his “Polar Bear” nickname. Alonso has been excellent to start the season, his first in the big leagues, and has understandably been one of the more exciting players on the Mets’ roster as a result.

In 75 plate appearances, Alonso has hit .323/.413/.708 with six home runs, 14 runs scored, and 17 runs batted in. That slash line is good for a 188 wRC+, and on top of the good stats, he’s just been a humble and fun player to listen to when he speaks to the press. Combined with the early season success of Michael Conforto and Jeff McNeil, Alonso gives hope that the Mets might just have a strong, young offensive core for the foreseeable future.