It was 2-2 in the third inning with Austin Riley at the plate, runners on second and third. Pete Alonso had given the Mets a 2-0 lead with a bomb to left field. David Peterson immediately gave it back in the first inning, but righted himself before it could get worse. But then he put himself in this situation in the third after getting the first two outs. It was at this moment that I got a message from a friend of mine which said:

“If Peterson escapes here, Mets will win. If not, just stop paying attention because it will get ugly.”

Now I’m sure he probably was thinking “ugly” as in “8-2”, or maybe even “10-2”. I’m not sure he had “David Peterson injury” and “Albert Almora’s pitching debut” as his definition of ugly, but boy was he right. The two run single by Riley kicked off a barrage of runs … 18 in fact, that sent the Braves to a 20-2 victory. 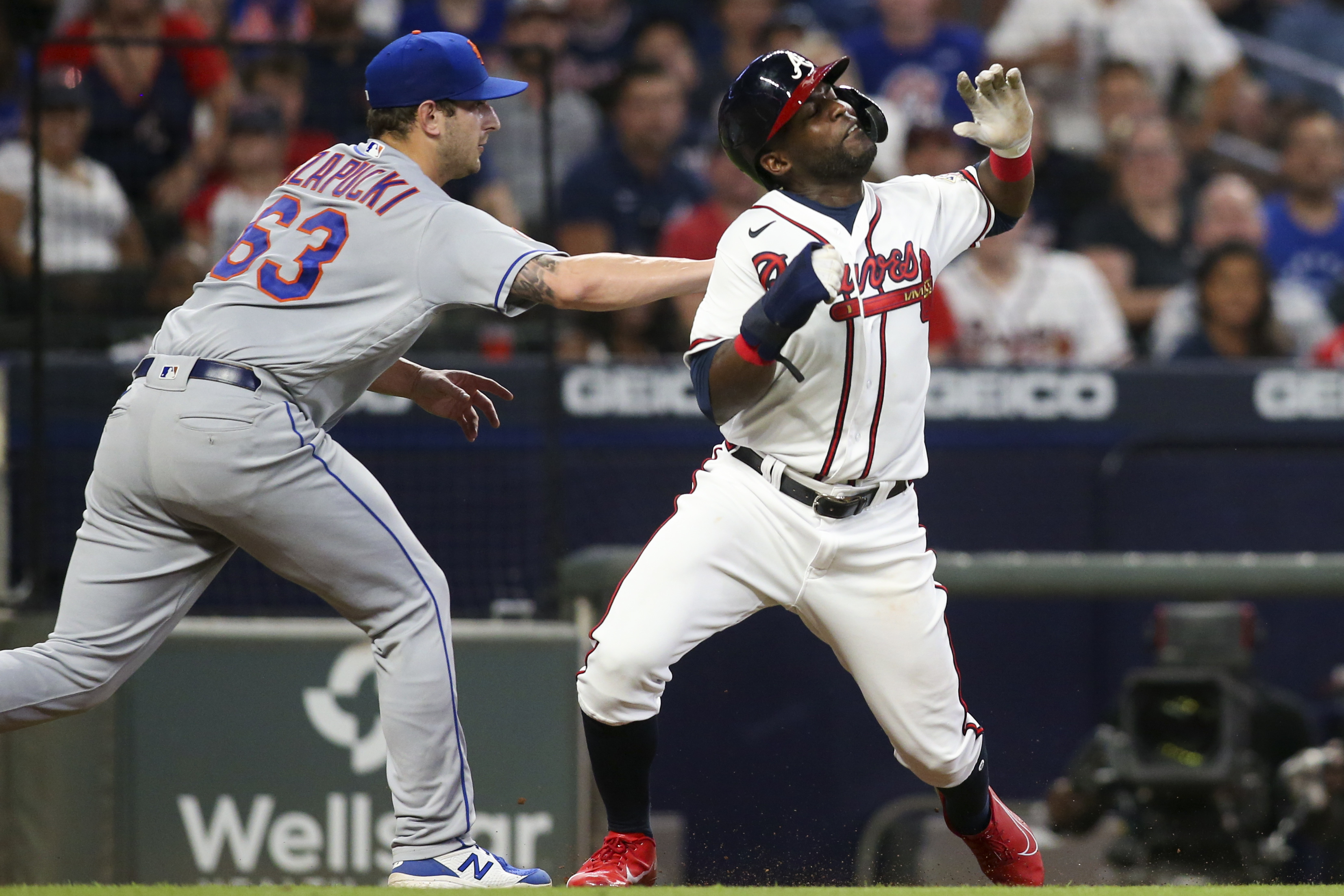 Peterson made it to the 4th, but a single to Kevan Smith was the last pitch that Peterson threw, as he left with pain in his side. After that, Sean Reid-Foley was Old Yeller’d by Atlanta, and by the time it was 10-2, the Mets finally found the perfect situation for Thomas Szapucki to make his major league debut after having him in the organization since 1952. To show you how the night was going, the first pitch in Szapucki’s major league career was a comebacker to him as he stared down the runner that was hung up equidistant between third and home. But Szapucki, frozen in the moment of “oh my God this is my major league debut”, turned around and threw to first base to let the run score.

Thankfully it got better for Szapucki from there, but that’s like projectile vomiting for 15 minutes and then thinking that the rash you developed was an improvement. He went three and 2/3’s to save the bullpen, but gave up six runs in the process. It got so bad that when Ehire Adrianza hit a home run to make it 14-2, it was actually a welcome relief from Steve Gelbs’ baseball card quiz. Almora pitched the final inning after Szapucki loaded the bases. Almora gave up all three of Szapucki’s runs and three of his own in his inning of work, and somehow still had a better outing than Shohei Ohtani did in the Bronx. 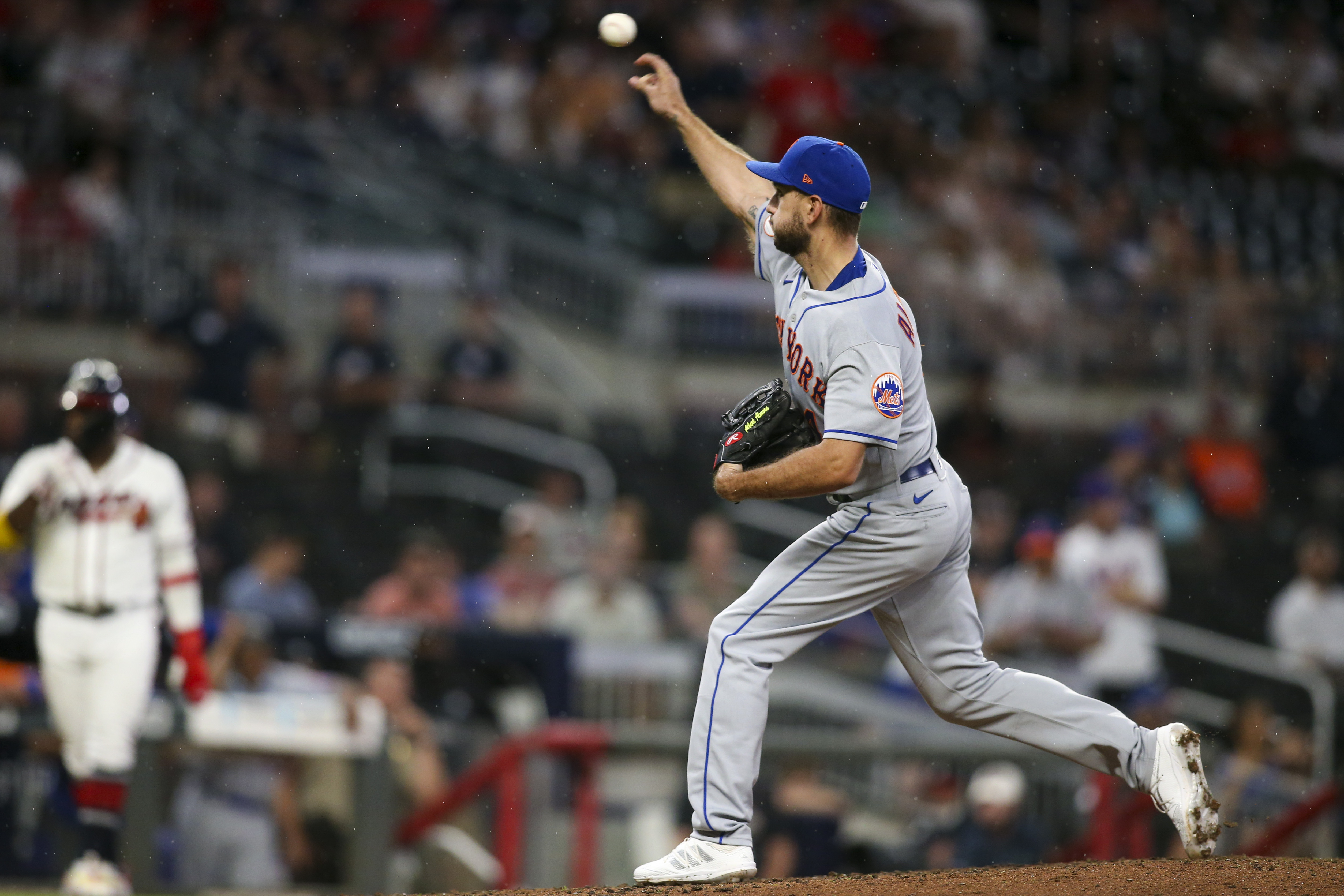 The Mets have gone 6-9 in the last 15 games, all against the division. They now stand at 5-5 against the Phillies and Braves, with the last game of this stretch coming up Thursday night. A win would give them a 7-9 mark in this important stretch, which would at least put them in a better neighborhood than a typical Jets season. And maybe we had no reason to expect any more than that during this grueling stretch, especially since we’re about to reach a point where all five starting rotation spots have missed time due to injury, whether it be the innings that Marcus Stroman has missed, or the months missed by fifth starters Joey Lucchesi and Jordan Yamamoto.

But even 7-9 lets the rest of the division hang around. You thought that it was impossible for a baseball team to clinch anything in June. But the Mets did clinch something over the previous 15 games: A dogfight.