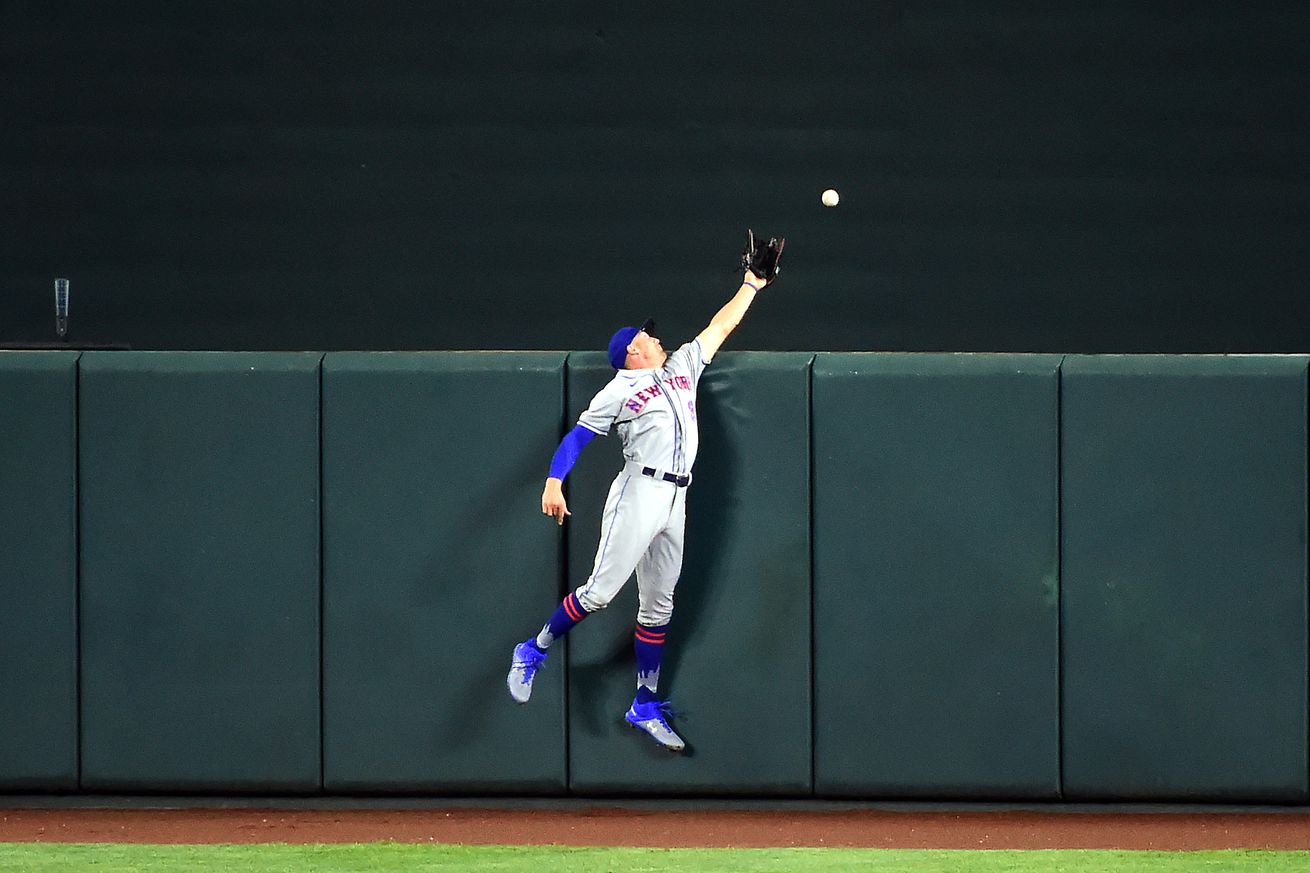 The playoffs may soon be out of reach for the Mets if they keep this up.

The start of September means the days are getting shorter, pumpkin spice is once again everywhere, and the baseball season is drawing to a close. For the Mets, it means there’s only 25 games to find a way to sneak into the postseason or risk the embarrassment of missing out in a year with eight out of 15 teams in each league will reach October. Tonight would have been an ideal time for the Mets to begin that playoff push, but instead they found themselves slipping further away after suffering a 9-5 defeat at the hands of the Orioles.

Ariel Jurado got the ball for the first time as a Met and was predictably ineffective. The game began with a Cedric Mullins dropping a perfect bunt for a single. After an Anthony Santander pop up, Jose Iglesias doubled to deep center field. Renato Nunez followed with a three-run blast to dead center that carried past the outstretched glove of Brandon Nimmo to give Baltimore a three-run lead. Jurado was able to recover and escape the inning without any further damage, but the Mets quickly found themselves in a hole 15 minutes into the game.

The team rebounded and cut the lead to one run the very next inning against Orioles right-hander Asher Wojciechowski. The scorching-hot Robinson Cano led off with a bloop single, which was followed up by a Jeff McNeil double. McNeil, who was coming off a solid showing on Monday, had another good game with three more hits. Pete Alonso brought home Cano on a sacrifice fly to center field, and Luis Guillorme singled to make it a 3-2 game. In the process, Guillorme extended his on-base streak to 13 consecutive games.

Jurado immediately gave the two runs back in the bottom half of the frame. Pat Valaika led off with a single, and Andrew Velazquez followed with a single of his own. After Mullins advanced his teammate with a sacrifice bunt, Santander singled to right to make it a two-run game. Iglesias made it a three-run game again on a ground out. In total, Jurado gave up seven hits to the first 11 batters he faced and nine in total, although he settled down after the first two innings by relying more heavily on his sinker as opposed to his fastball. His first outing ended after four innings with the right-hander allowing five earned runs while striking out two and not issuing a walk. In an alarming stat, tonight represented the 13th time in 36 games this year in which the Met starter went four innings or fewer.

The Mets drew closer in the fourth after Robinson Cano homered for the third time in four games. With Wojciechowski out of the game in the sixth, the team tied things up against reliever Thomas Eshelma. After the right-hander retired the first two, Guillorme recorded his second single of the game to bring up the rookie Andres Gimenez, who would hit an opposite field shot that reached the left field stands for his first career home run. The moment was made that much more magical by Gary Cohen seemingly calling it on the SNY broadcast on the pitch that preceded the blast. With that, it was a brand new ballgame.

Sadly, that was the last good moment the Mets would enjoy in this one. Franklyn Kilome, who tossed a scoreless fifth, was back out for the sixth and was nowhere near as effective. Ruiz got things going by drawing a lead-off walk. Valaika, who had four hits on the evening, doubled to bring him home. Santander lined a shot over the right field wall to give Baltimore their third three-run lead of the game. The Orioles would extend their lead to four the next inning after Nunez crushed his second homer of the contest.

The lead proved to be too much for New York to handle, as the Mets managed just one hit in their final two turns. If there are any positives to take from this one, it’s that McNeil had three more hits following his two-double game, while Cano had another solid performance. On the downside, Michael Conforto, who came in on a 3-for-17 slump, had one hit in five at-bats, and Alonso went hitless while driving in the one run in the second on a sac fly.

With Todd Frazier arriving tomorrow, the team will likely need to decide between sending down Guillorme or Gimenez. The choice was made even more difficult by both of them contributing run-scoring hits and accounting for three of the team’s five runs. The Mets will try to end their skid in the series finale tomorrow afternoon behind Michael Wacha. Baltimore will counter with left-hander John Means.