At face value, the Oilers’ situation in net is less than ideal, especially given the club’s aspirations to contend. The same might have been said entering last season with the same duo of netminders, yet somehow a 38 year old Mike Smith authored one of the best stretches of his career, creating a platform for his team to easily qualify for the North Division’s playoffs. Perhaps looking at a quote from an NFL coach can help us understand how he was able to do it, and if he can pull it off again this year. 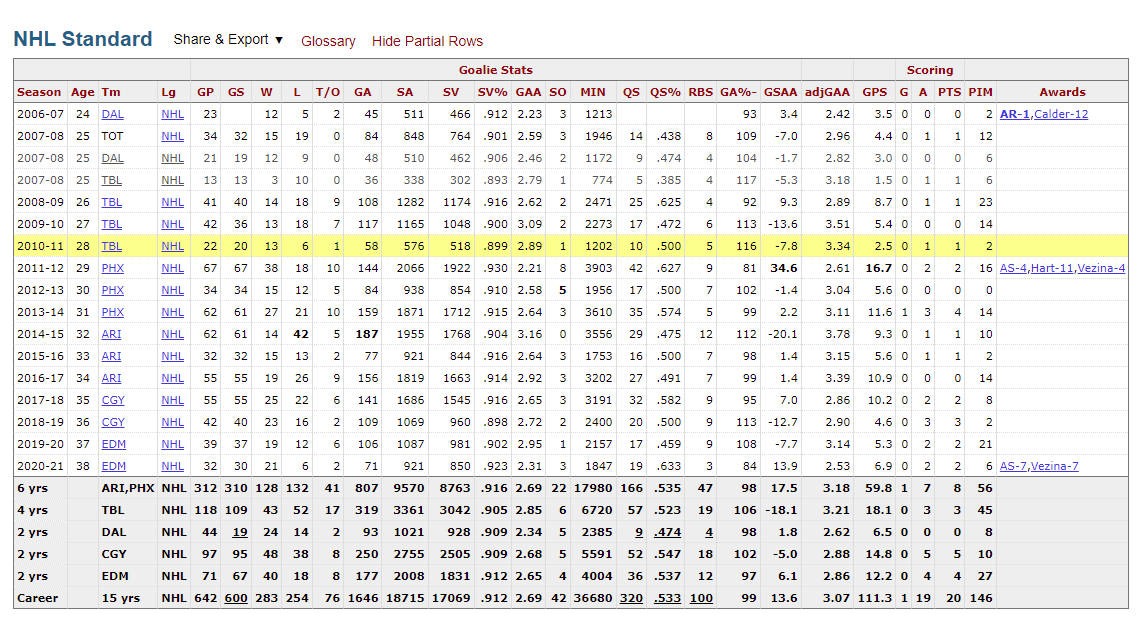 Sean Payton, head coach for the New Orleans Saints, has had an incredible run of success during his decade-and-a-half-plus run in the Big Easy, but for the first time will be without Drew Brees at quarterback. When asked on September 7th ahead of their week 1 game about how he has coached former 1st overall pick Jameis Winston to, hopefully, make better decisions than his final year in Tampa Bay, Payton responded in part by describing how success starts with the rest of the offence “painting a clear picture” for the quarterback to read easily. The picture is painted by strong play design, crisp routes, stout blocks, and finally the quarterback’s ability to quickly assess when and where the receivers are open in a certain order based on how the defence is aligned, or “getting through your progressions” as Drew often put it. Both goalies and quarterbacks rely on using split second decision making through habits, reflexes, and intuition.

This could help explain some of the reasons behind the magic that Mike Smith and Dave Tippett have consistently delivered in Dallas, Arizona, and now Edmonton. For much of the ride, including this year, there have been many doubters but somehow they get it to work. Stranger still to consider how poorly their time apart has been relative to their time together. Of course, the foundation of their success is trust in each other’s work, trust in the picture being painted in front of the goalie. Like a quarterback, a goalie needs to quickly assess and react based on where everyone from both teams is. Where are the pass or tip options for the attackers? Where and when are any screens coming? Where can I steer the rebound? Is someone going to cover the guy at the far post? Naturally hockey is a sport of flow, and reading and reacting is a constant for all players, but in the twine where the margins are fine it can make all the difference. 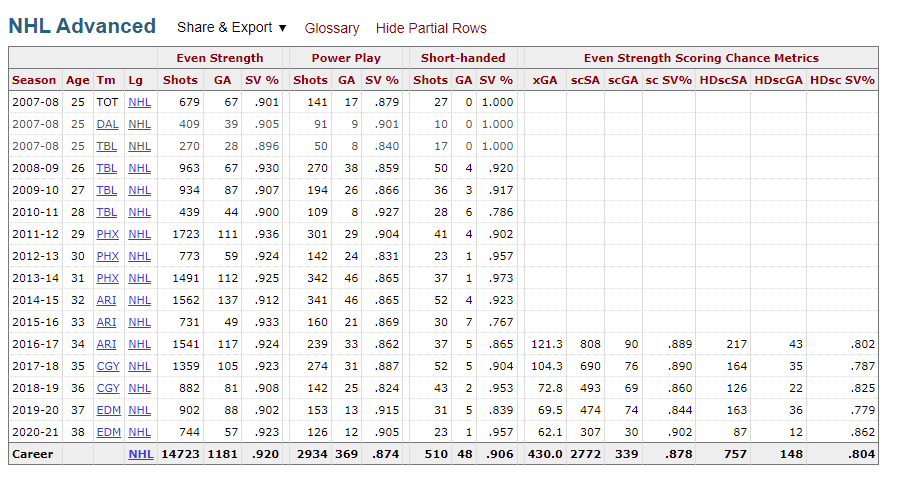 For these reasons I think it’s fair to imagine that Smith outperforms expectations once again, most likely splitting the difference between his results in Edmonton the past 2 seasons. The fact he got a 2 year deal bodes well, at least for this year, and shows that Smith is looking to contribute through this season and into the next. GM Holland himself said the goal will be to limit the number of games Smith has to play this year to the 40-45 range, and so long as he can continue to provide solid play will provide good value relative to his cap hit. It would be ideal to have a tandem partner who could push to outperform the veteran, which will likely be the case next season when Koskinen’s contract expires. For now, the onus will be on Koskinen and Stalock to provide decent play for the remaining 40-or-so games on the schedule, and the team to play well enough defensively to lighten the burden on all 3 netminders as much as possible.