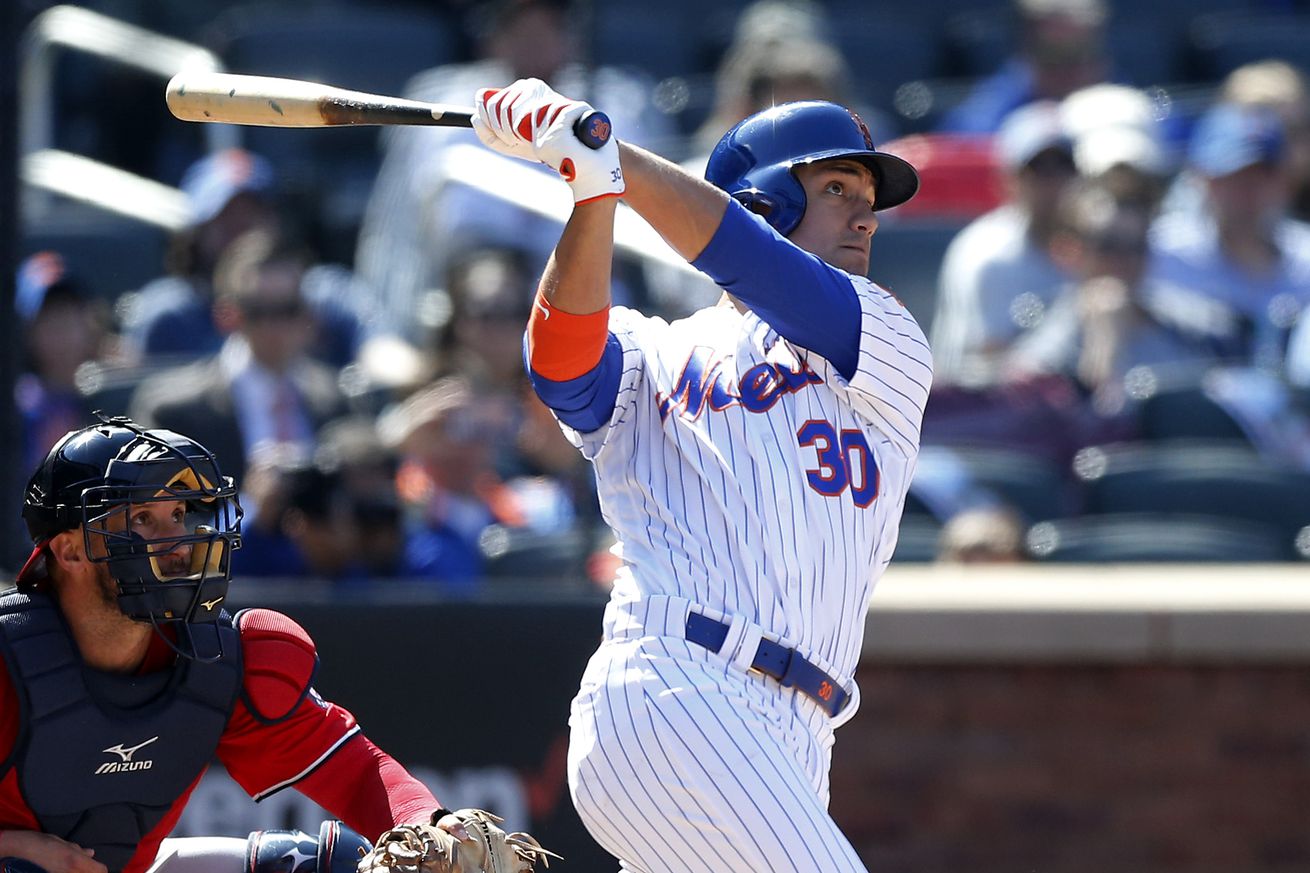 While Pete Alonso has rightfully gotten a ton of attention, Conforto has also raked.

A couple of weeks into the 2019 season, Pete Alonso has generated a ton of attention—completely justifiable attention—by hitting some of the most majestic home runs anyone’s ever hit in a Mets uniform. And while he’s been doing that, Michael Conforto has been relatively in the shadows as he’s been hitting at an MVP-caliber level himself.

Through fifty plate appearances thus far, Conforto has a .348/.455/.630 line with a 184 wRC+ that ranks 18th in all of baseball. Mike Trout leads the way, of course, with a 286, and Alonso ranks third with a 244. While Conforto and Alonso haven’t been the only Mets hitting well, they’ve certainly been helping to carry the team’s offense as Brandon Nimmo and Robinson Cano have gotten off to slow starts.

It would clearly be unrealistic to expect Conforto to maintain his absurdly-good batting line over the course of a full season, but being a good all-around hitter isn’t anything new for the 26-year-old. And while he’s not racking up home runs at quite the prolific rate of his new teammate, he has hit one about every 18 plate appearances, a rate that’s very close to how often he hit home runs in 2017 and in the second half of 2018.

Given his age, it’s also entirely possible that Conforto is still improving, especially now that he’s a full year into his return from that injury. If Alonso can even come close to maintaining what he’s done so far and Conforto is his old self—or better—over the next few months, the Mets would have as exciting a pair of young hitters as any team in baseball.