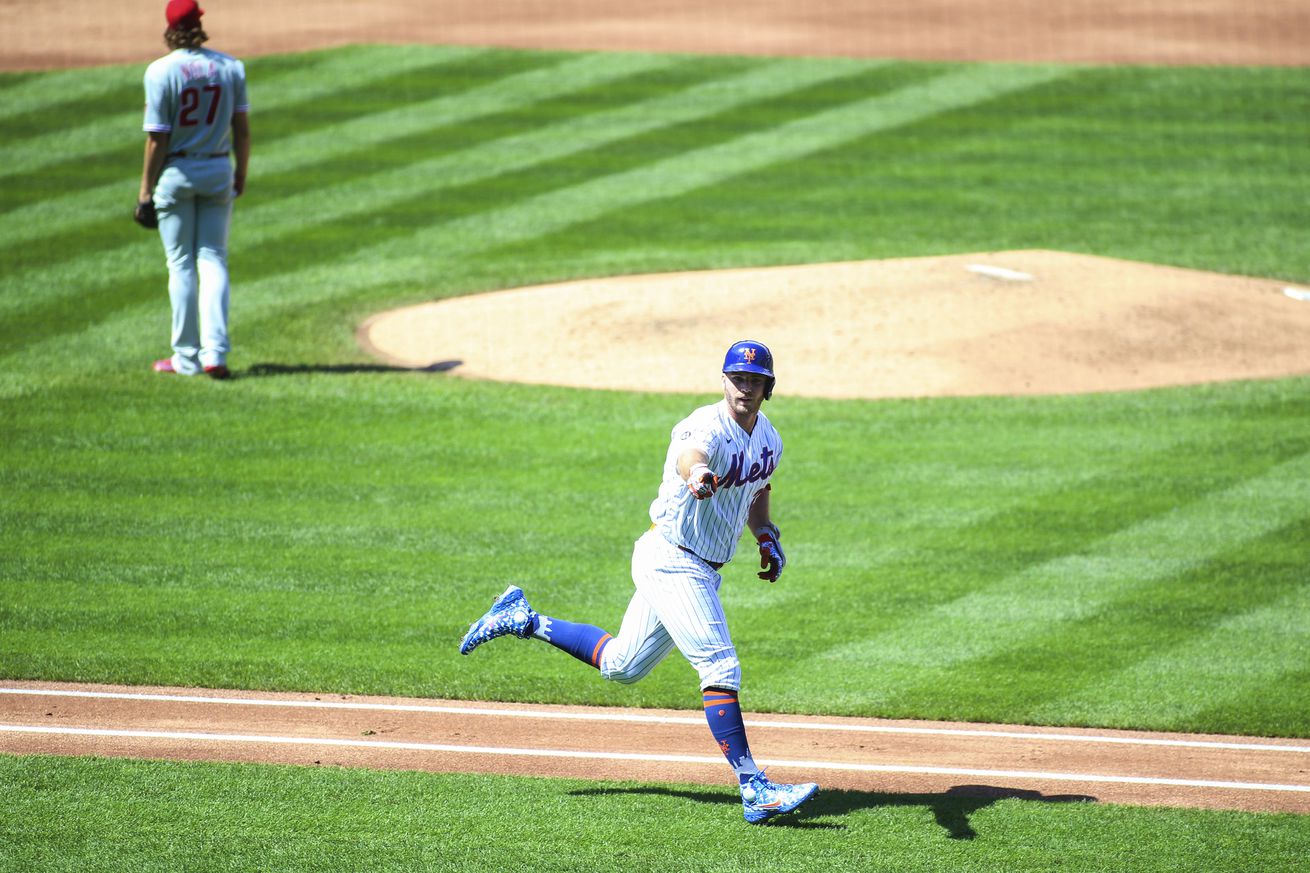 Deciding that they’d had enough of everyone’s bad jokes about not giving Jacob deGrom enough offensive support, the Mets lashed out and scored 14 runs against Aaron Nola and the Phillies.

After his most recent stint in the starting rotation, Robert Gsellman has been gsent back to the bullpen.

For the final fifty three years of their lives, Lou Brock and Tom Seaver always seemed to be connected in one way or another.

Not even fifty games into his managerial career, Luis Rojas is having to make some tough roster decisions as his team finds itself in the pennant chase.

Video packages and uniform patches are definitely respectable ways to honor a deceased icon, but Jacob deGrom might just find his own special way to pay tribute to Tom Seaver with a third Cy Young.

For the second time in the past week, Franklyn Kilome has been “sent” somewhere, this time hitting the injured list rather than going to the alternate site.

Steve Cohen’s negotiations to buy the Mets have allegedly been successful and all that stands between him and the keys to the kingdom is the approval of MLB’s owners.

Cowboy Joe West challenged Nationals GM Mike Rizzo to a duel at high noon to leave the ballpark after hearing enough of his jeers from the suites.

Behind Freddie Freeman’s second grand slam of the week, the Braves took down the Nationals in a 10-3 slicing and dicing in Atlanta.

Brandon Lowe’s sacrifice fly to end the game proved the Rays superiority over the Marlins in a 5-4 battle of the aquatic creatures.

Patrick Corbin came a hair away from getting angry mail sent to him from the representatives of PETA.

For the second time in less than a week, baseball lost a Hall of Famer as Cardinals legend and former all-time steals leader Lou Brock passed away at the age of 81.

Beyond his contributions to the game, Lou Brock was remembered as a man of great character and kind words.

On Roberto Clemente Day, September 9, all Puerto Rican players will be able to wear the number 21 if they wish.

In order to become the Alpha Bieber, Shane Bieber has taken to striking out every living being on this planet during the 2020 season.

He couldn’t be in front of a crowd for the 25th anniversary of his record-breaking game, but Cal Ripken still managed to have a celebration of his own at an empty Camden Yards.

The Blue Jays passed the Yankees in the American League East standings, claiming the honor of being the best baseball team in New York.

The Opening Day jersey of Giants’ coach, Alyssa Nakken, is now on display at the Hall of Fame, commemorating her being the first on-field female coach in league history.

On this date in 2016, the Mets signed everyone’s favorite prospect, Tim Tebow.

Kenneth Lavin took us on a voyage up and down the organization in the outfield edition of the State of the System.