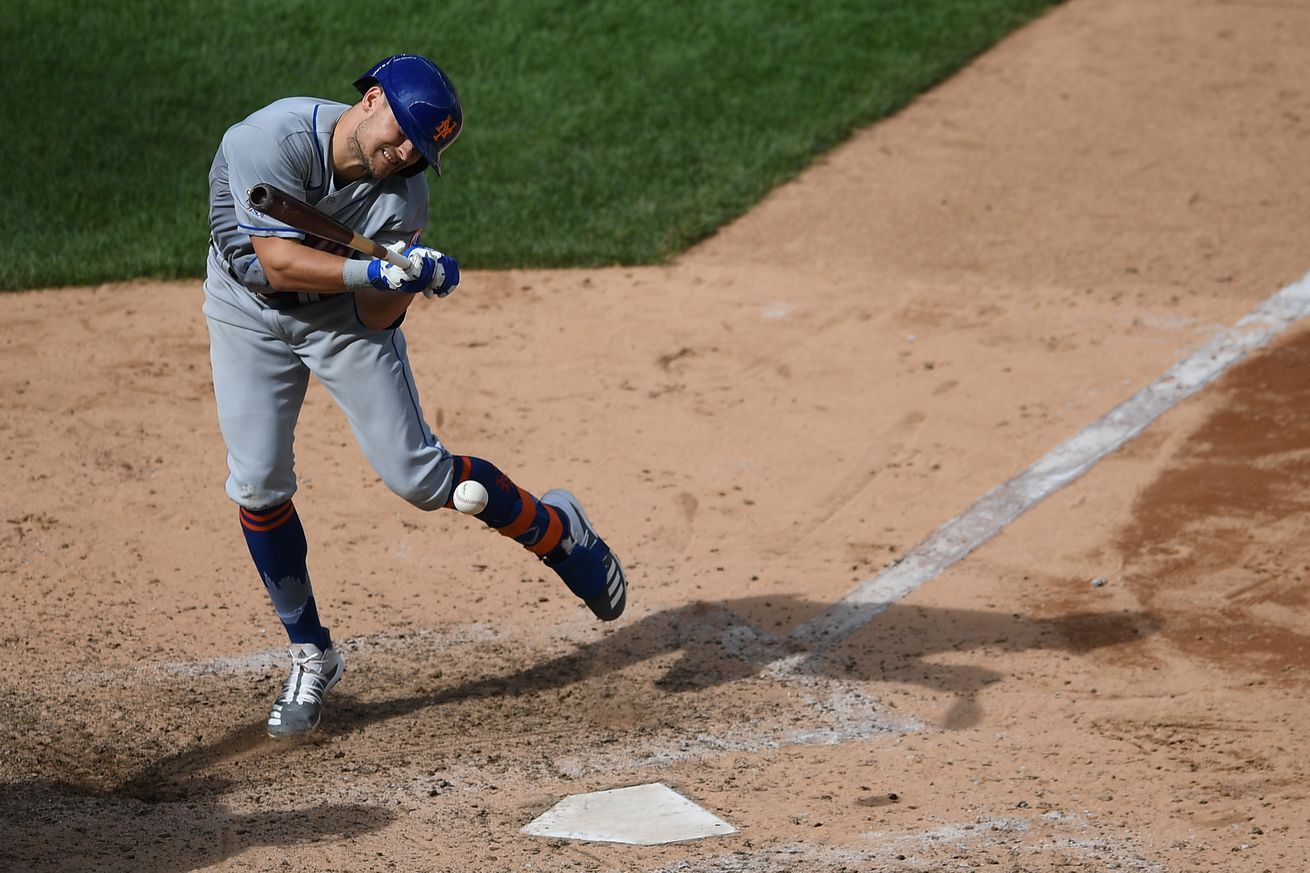 The Mets played two games against the Yankees yesterday and to prevent any lawsuits against Amazin Avenue for mental distress and anguish, I will just say they lost and direct you towards the links below.

Steven Matz and Dellin Betances were placed on the injured list and the team called up Drew Smith and Franklyn Kilome in their places.

The Mets’ eighth ranked prospect, Mark Vientos, was added to the club’s sixty-man player pool, making him eligible to be traded.

J.D. Davis left the earlier of the Mets’ two games on Sunday due to a left hip issue, but don’t worry at all, he should be fine, it’s all fine.

Much like their fans, the Mets have a lot of unmet desires going into Monday.

Mets Legend Tommy “Mommy Tilone” Milone was traded by the Orioles down south to the Atlanta Braves.

Ronald Acuna Jr. was removed from Sunday night’s game as a precaution with tightness in his right hamstring.

The Red Sox scored eight runs in their first three times at bat on their way to a 9-5 victory over the Washington Nationals.

The Tampa Bay rays took down the Marlins to the tune of a 12-7 score in the Battle of Florida.

Tommy Milone and Jake Arrieta competed to see who could have a worse start in the Braves’ 12-10 win over the Phillies on Sunday Night Baseball.

As many of the internet’s denizens should log off, one man has decided to log on for the first time. That man is none other than Vin Scully.

It turns out that chili isn’t the only exceptional skyline in Cincinnati.

Tragedy struck in Boston as one of the fans in attendance atop the Green Monster tumbled out of their seat and splattered onto the field over 30 feet below.

In one of the most important tales of our time, Bomani Jones was finally reunited with a card worth spending nearly two decades lusting over.

A positive test in the Athletics’ organization put a stop to their game against the Astros scheduled for Sunday.

Later in the day, a report of a positive test at the Astros’ alternate site also shut that operation down.

Miguel Cabrera connected for his 2,000th hit with the Detroit Tigers and took the time to savor the moment with thousands of adoring fans.

Another Mets Legend found a new home as AJ Ramos was picked up by the Cubs shortly after being released by the Dodgers.

Jose Martinez was also dealt across leagues for a pair of players, but this time the team trading the pair was the Cubs and the team receiving the duo was the Tampa Bay Rays.

In their next move of the night, the Padres acquired catcher Jason Castro from the Angels.

Mychal Givens was sent packing by the Orioles and given a new home with the Colorado Rockies for a pair of prospects and a player to be named later.

In the final move of the night, the Mariners and Padres completed a seven-player-deal.

On this date in 2002, the Mets lost their 13th consecutive game at home in the month of August. Sorry, not all anniversaries can be happy ones.