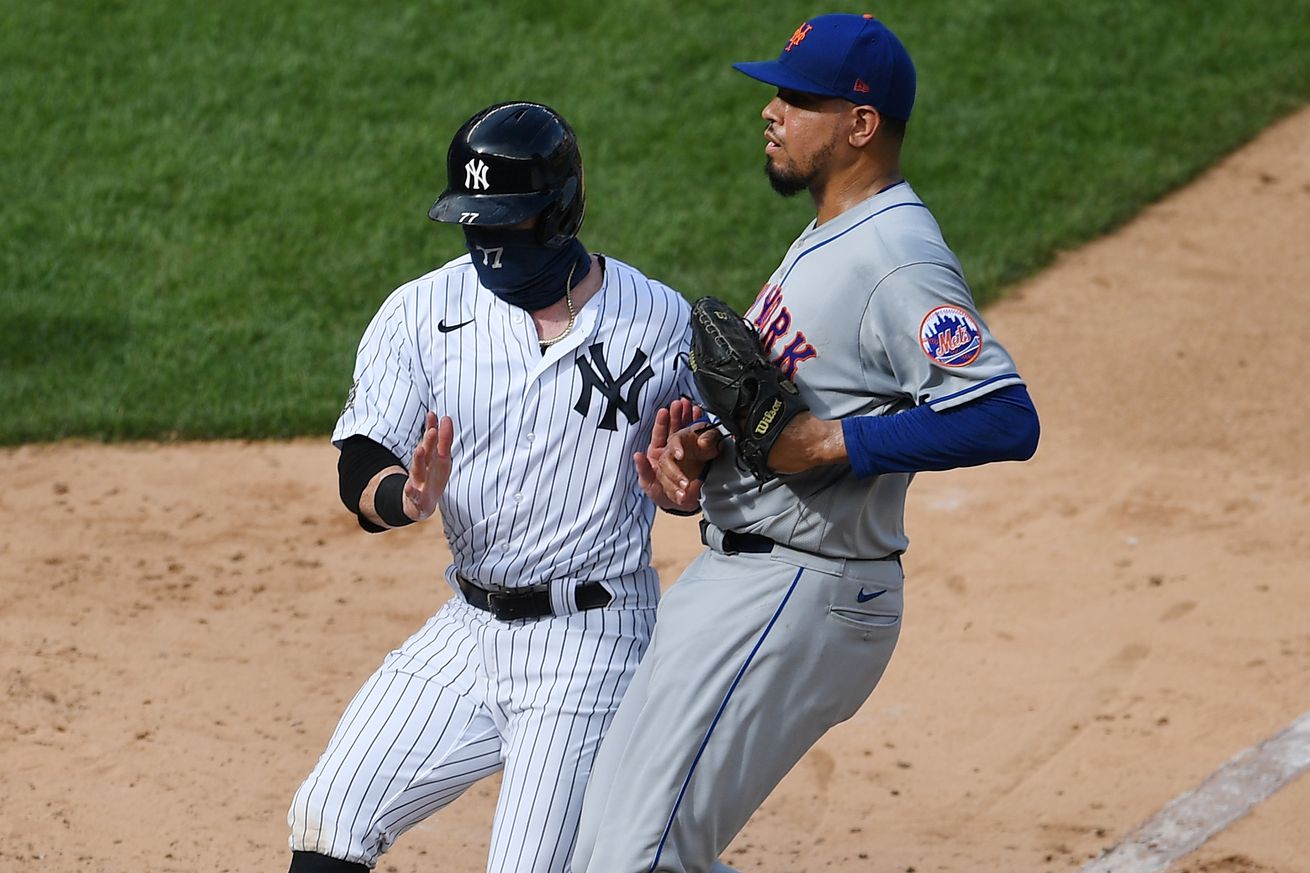 The Mets and Yankees played a close game yesterday afternoon, but the Yankees came out on top after former Yankee Dellin Betances had a very bad inning in the bottom of the ninth. A wild pitch by Betances gave the Yankees a walk-off win.

Steven Matz is likely heading to the injured list after leaving yesterday’s game with a shoulder injury. Matz appeared out of the bullpen and threw one scoreless inning.

MLB.com put together a trade deadline preview, which includes a mention of the possibility that Brodie Van Wagenen could do something unexpected.

Jennifer Lopez and Alex Rodriguez are disappointed that their group’s attempt to buy the Mets was unsuccessful. One factor in that group’s unsuccessful attempt could be attributed to consulation with disgraced former Astros general manager Jeff Lunhow.

Steve Cohen, who is expected to buy the Mets, reportedly has the votes among other team owners to become the Mets’ new owner. Cohen was never letting the Mets get away, writes Joel Sherman. And David Lennon writes that money won’t hold the Mets back under Cohen.

The Wilpons are still planning to keep a 5 percent stake in the Mets in the sale to Cohen.

In addition to being a leader off the field, Dom Smith has been a leader for the Mets with his play on the field.

The Marlins were shut out by the Rays. And it sounds like Don Mattingly isn’t thrilled that the Mets and Marlins will make up their Thursday night game—which their players chose not to play in protest of racial and social injustice—tomorrow at Citi Field.

The Braves’ offense was mostly quiet, too, as the team lost 4-1 to the Phillies.

Speaking of the Phillies, reliever David Roberston has been shut down from throwing for six weeks and will not appear for the team this year.

With the trade deadline almost upon us in this shortened season, the Braves have interest in Pirates pitcher Joe Musgrove.

Trea Turenr had a five-hit game, but the Nationals still lost 5-3 to the Red Sox.

Before the Subway Series game yesterday, the Yankees activated DJ LeMahieu from the injured list and optioned Miguel Andujar to their alternate site.

The Padres traded for Trevor Rosenthal in a win-now move, as Rosenthal has rebounded nicely from a terrible 2019 season by pitching pretty well so far this year.

Forbes has a piece about what free agency might look like this winter as a result of the COVID-19 pandemic.

Benches cleared in the second game of the doubleheader between the Cubs and Reds, and five people were ejected from the game as a result.

The Red Sox placed Nathan Eovaldi, one of their few capable starting pitchers right now, on the injured list with a calf injury.

The Angels scored 16 runs last night, and Mike Trout drove in six of them.

Also in California, the Dodgers called up Gavin Lux, one of their top prospects.

Steve Sypa took a look at the state of the Mets’ system at shortstop—a position at which they’re loaded.

This date in Mets history

Edgardo Alfonzo’s legendary day at the plate took place on this date in 1999.