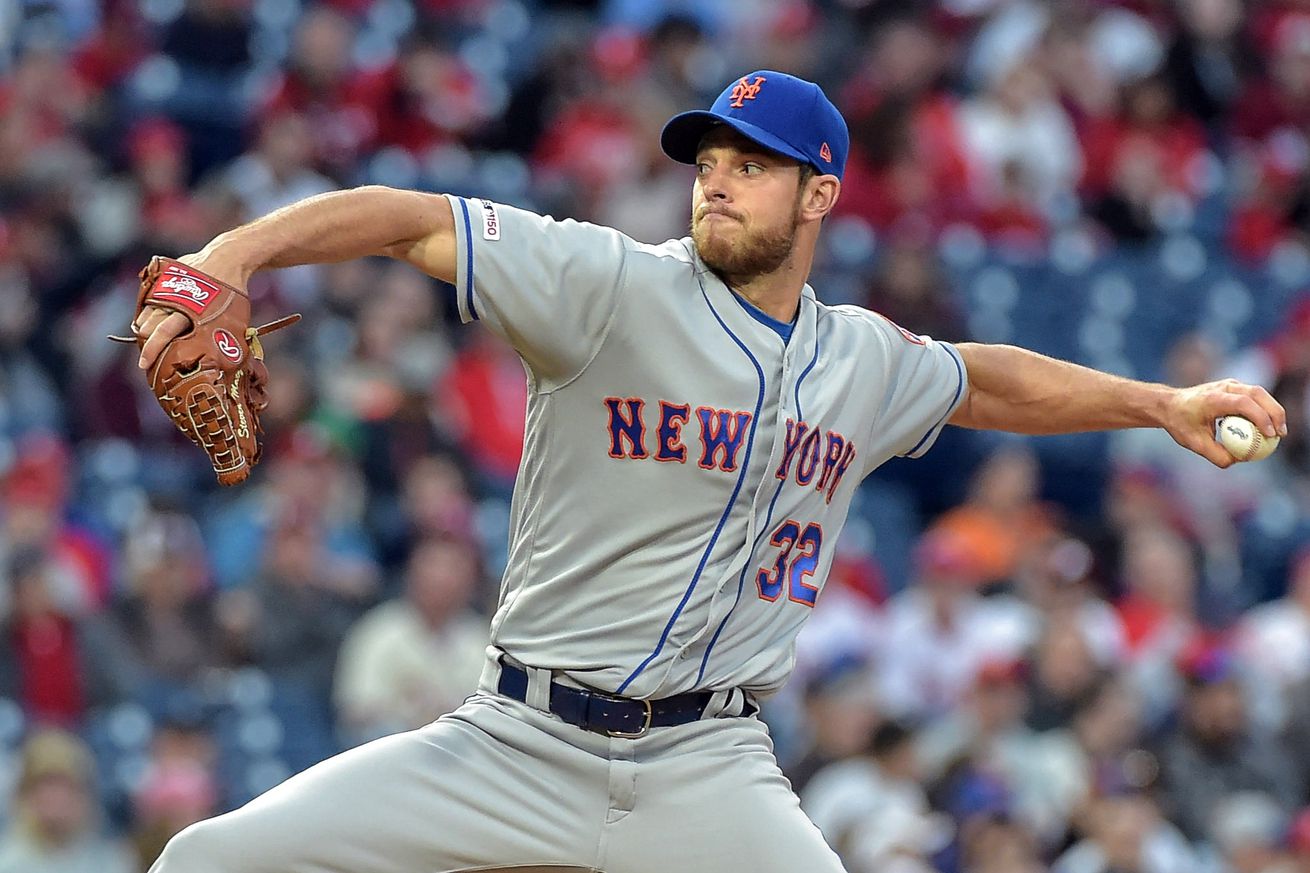 The Mets were obliterated by the Phillies on Tuesday night 14-3. Steven Matz did not record a single out in the first inning as the Phillies scored ten runs. The Mets offense on the night was fueled by a pair of solo homers off the bat of Wilson Ramos and Michael Conforto. Zack Wheeler will get the call this afternoon in the rubber game of the series.

The versatility of J.D. Davis and Jeff McNeil is very important to both of them down the road to continue getting playing time.

John Harper writes that if the Mets are going to be careful in their use of Edwin Diaz, then they need to make a series of moves to help justify it.

According to Gary Cohen on the SNY broadcast, Ron Darling underwent his medical procedure yesterday and is resting comfortably in New York.

Following Tiger Woods’ win at the Masters, David Wright said he could “really relate” to what Woods has gone through.

Some people on the internet think Noah Syndergaard was using a foreign substance during his Monday night start.

FOX13 spoke to Pete Alonso’s parents about Alonso’s hot start to the season.

The All Star game will be played in Philadelphia in 2026 in celebration of America’s 250th anniversary.

The Nationals and Anthony Rendon met on Tuesday about a possible contract extension.

The Marlins were shutout by the Cubs 4-0.

The Braves fell to the Diamondbacks 9-6.

The Nationals lost to the Giants 7-3.

Blake Snell has found himself on the IL with a broken toe after an incident moving furniture.

The Red Sox were then shutout by the Yankees 8-0.

Christian Yelich continued his domination of the Cardinals as he hit his 8th homer against them this year in a Brewers win.

The Astros beat the A’s and won their 10th straight game.

The third episode of the UnforMETable Podcast is out!

Maggie Wiggin looked at the Mets and their home run boom to start this season.

On this date in 2011, the Mets lost both games of a double-header to the Braves.