The Mets were at DEFCON 3 after the bottom of the first inning on Sunday. After the bad loss on Saturday, the failure to replace Jacob deGrom with a warm body, which came back to bite them when Taijuan Walker couldn’t get through the first inning today, and then this …

Mets manager Luis Rojas got ejected immediately as he bumped into the umpire pic.twitter.com/Clb2hNnYnw

You know … this could have, and would have been the return of LOL Mets if this game had gone the way I thought it was going to go. The play itself was embarrassing enough, but Walker really didn’t do anything embarrasing himself. He just thought the ball was foul. But to have three runs score on the play which brought back memories of David Cone in Atlanta, and then to have Luis Rojas completely melt down after the play, this would have been a complete disaster for the season going forward.

Considering everything that happened up until that particular point, I would consider Rojas’ argument way more “meltdown” and way less of a calculated ploy to get his players going. He wasn’t protecting one of his players … he was flipping out over a call that the umpires got correct (for once.) But credit the 25* men on the roster for turning Rojas’ meltdown into a rallying point for an unbelievable comeback. Fueled early by a three run home run by Travis Blankenhorn, among other things, and then taken over the top by at two run home run by a guy who really needed it Michael Conforto, a team that really needed it … got it. 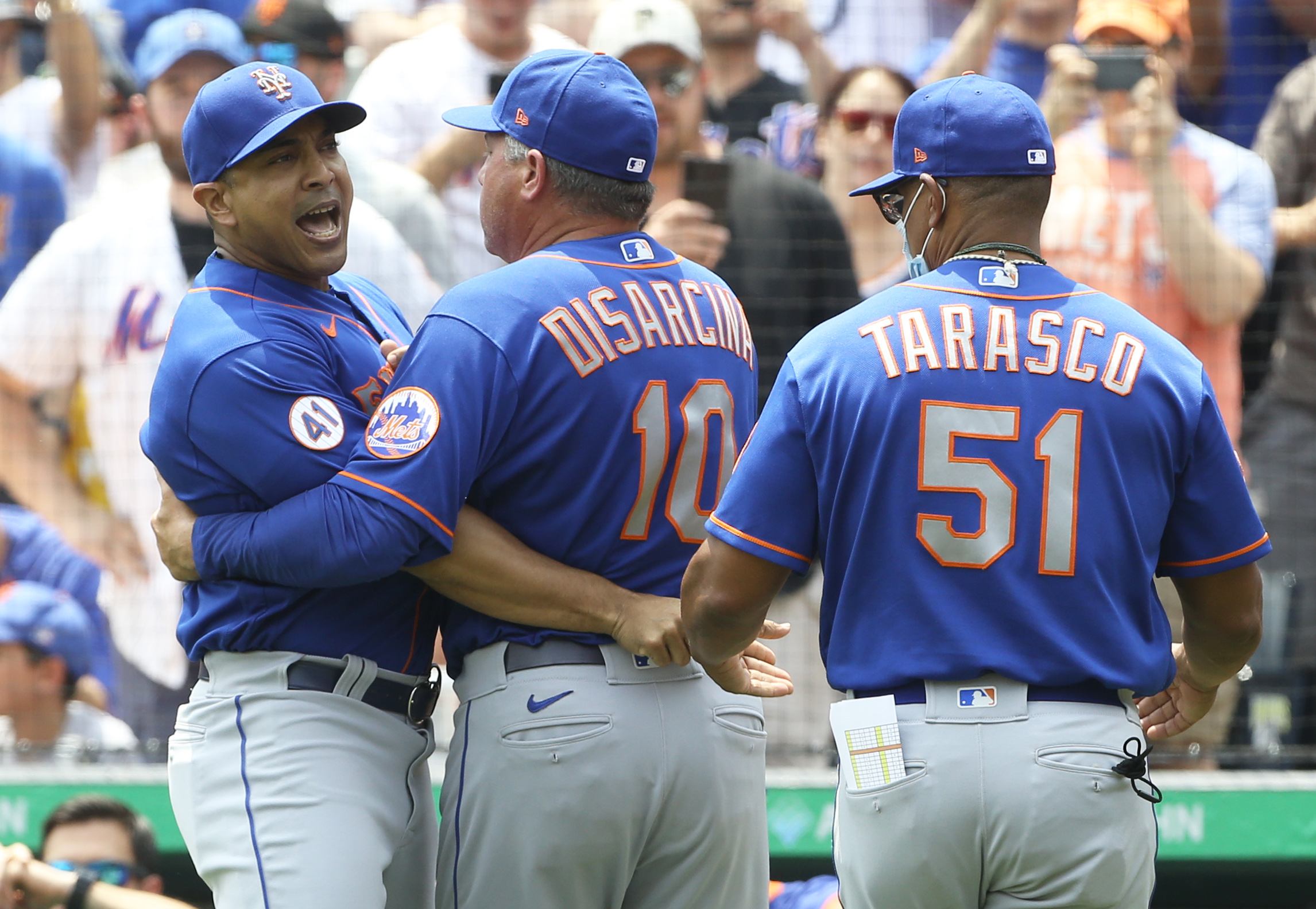 We, as fans, can go on and on about how resilient this roster is. And we, as fans, are right. The players in that room have been nothing short of outstanding, and the front office has done a great job putting all of these pieces in place. The bullpen and lineup were excellent today in picking up Walker and putting the Mets in a position to win. But if this three game set against the Pirates proved anything, it’s that there is still a ways to go. The FO has a choice to make: Leave this team as is and trust that they can win this terrible division, or pull off a move or two and make the best teams in the league (the three in the NL West and the Brewers) raise their eyes a little bit, and give this team a punchers chance at another World Series appearance. They also need to realize that as good as Taijuan Walker has been, it isn’t fair to lean on him to the point where he has to be an All Star every start the rest of the way. Today was great. But if it happens again with Walker or other starters, the team needs to be better equipped to handle it. They can’t keep leaning on four starting pitchers to win six times a week.

They also need to realize that it’s okay to bring up a pitcher that can go more than five innings and not overwork the damn bullpen going forward. And if they do that, then Luis Rojas has no excuse not to step up his game. Saturday’s game proved that he’s still trying to paint by numbers when it comes to the bullpen. May pitches the 7th, Lugo pitches the 8th, and if necessary, Diaz pitches the 9th (May getting the save today after Diaz’s blow-up last night not withstanding)Da. And that’s fine, but you can put Aaron Loup in a high leverage situation too. And if it means giving Seth Lugo or anybody else a quick hook in that bullpen, then just do it and figure out the rest later. We’re at the point in the season where it’s time to play for today and worry abou ttomorrow … tomorrow.

Aaron Loup is in that same frame of mind:

Aaron Loup: “Yeah, “I’ve had a few since coming out of the game.”

You deserve it. We’ve all earned some Busch Light (or beer of choice) after this stupid series. Have one for us, Aaron.