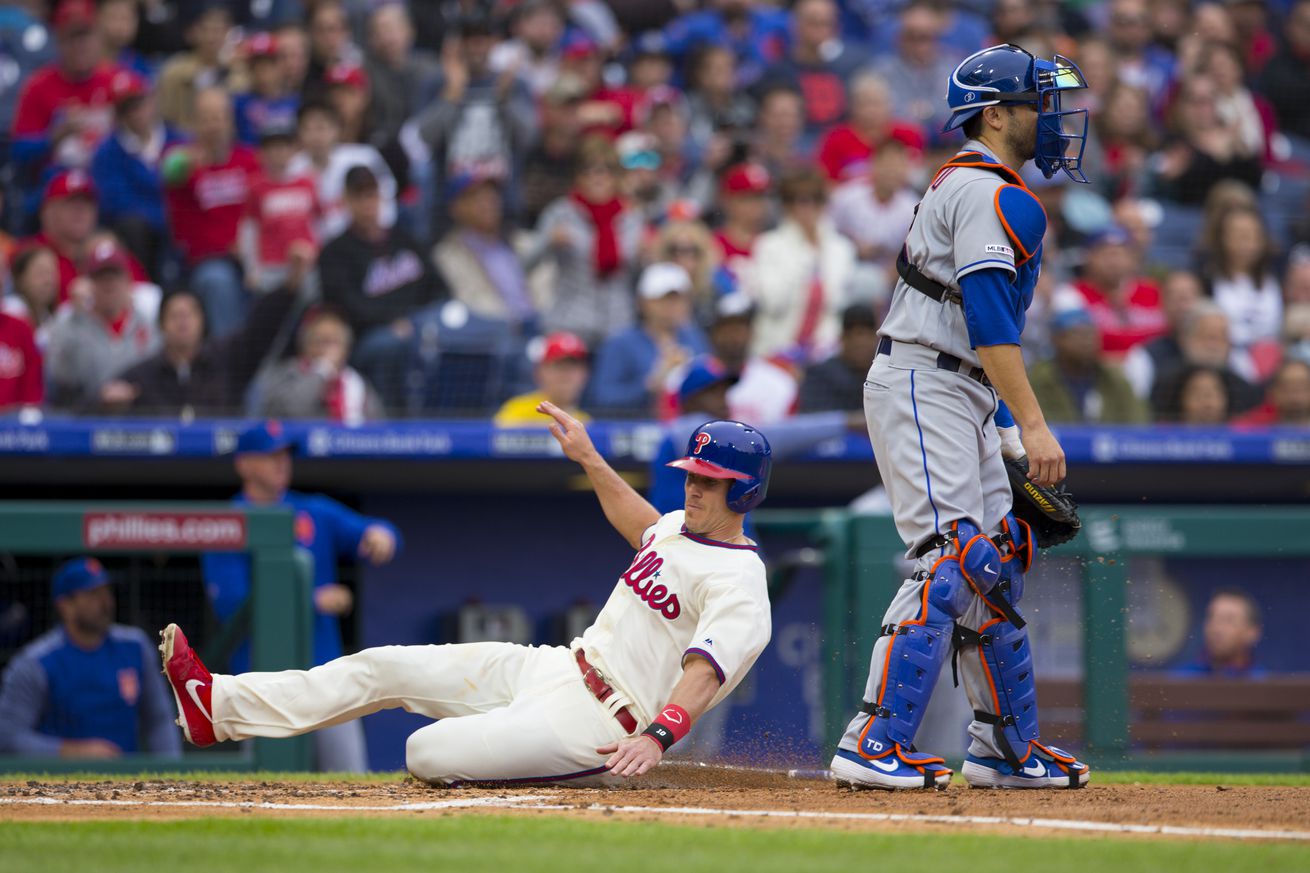 The Mets’ ninth inning rally came up just short as they dropped the series to the Phillies.

SOMETHING, the Phillies topped the Mets 3-2. Jake Arrieta shut the Mets down for eight innings, allowing only one run on a Michael Conforto home run. Things finally got interesting in the ninth, when the Mets put the first two men on and chased Arrieta. Adam Morgan and Hector Neris were able to put out the fire, however, allowing one run to score on an infield hit but striking out Keon Broxton with the bases loaded to end it.

Zack Wheeler wasn’t particularly sharp, but he fought through seven innings. He limited walks better than he has so far this year, but Wheeler also struggled to put guys away and miss bats, and gave up two solo home runs that proved to be the difference. Regardless, it was a step in the right direction for Wheeler, who can hopefully move closer to 2018-second-half form.

The Mets are off on Thursday before starting up a three game weekend series with the Cardinals with Jacob deGrom on the mound.