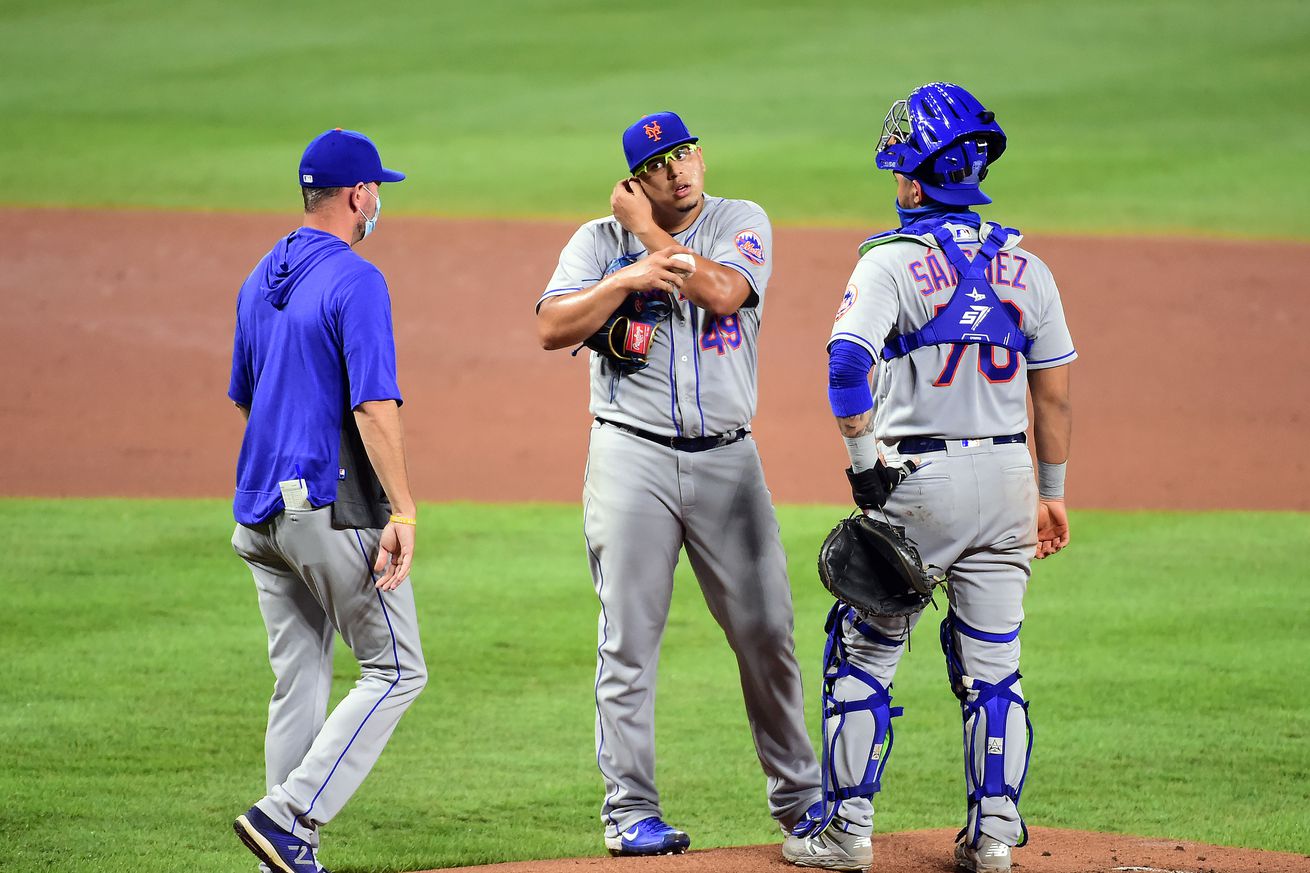 The Mets were let down by both Jurado and Kilome tonight.

Prior to tonight’s game, the Mets were stuck choosing between Ariel Jurado and Franklyn Kilome to start tonight’s game. The team went with the slightly-more experienced but relatively ineffective Jurado over the young but talented Kilome. In the end, it didn’t even matter, as both pitched and neither impressed much in a 9-5 loss to the Orioles.

Jurado was bad from the jump, allowing a three-run home run to Renato Nunez to put New York behind early. The Mets clawed their way back with two in the second on a Pete Alonso sacrifice fly and a Luis Guillorme run-scoring single. Jurado immediately gave it back with two runs in the bottom half of the frame, although he did settle down after that, for whatever that’s worth. In total, he gave up hits to seven of the first 11 batters he faced and nine in total to go along with five earned runs in four innings.

After scratching out a run in the third, the Mets tied it in the sixth on Andres Gimenez’s first career home run, an opposite field shot that was predicted by Gary Cohen. With the memory of Gare’s improbable called shot still fresh in everyone’s minds, Franklyn Kilome, in his second inning of work, gave up runs on a Pat Valaika run-scoring double and an Anthony Santander two-run bomb. Nunez added his second homer of the game to put the game out of reach.

The Mets went quietly from there as they lost their fifth straight game.

Nice job by MetsFan4Decades AND stickguy; their effort in the GameThread embiggens us all.