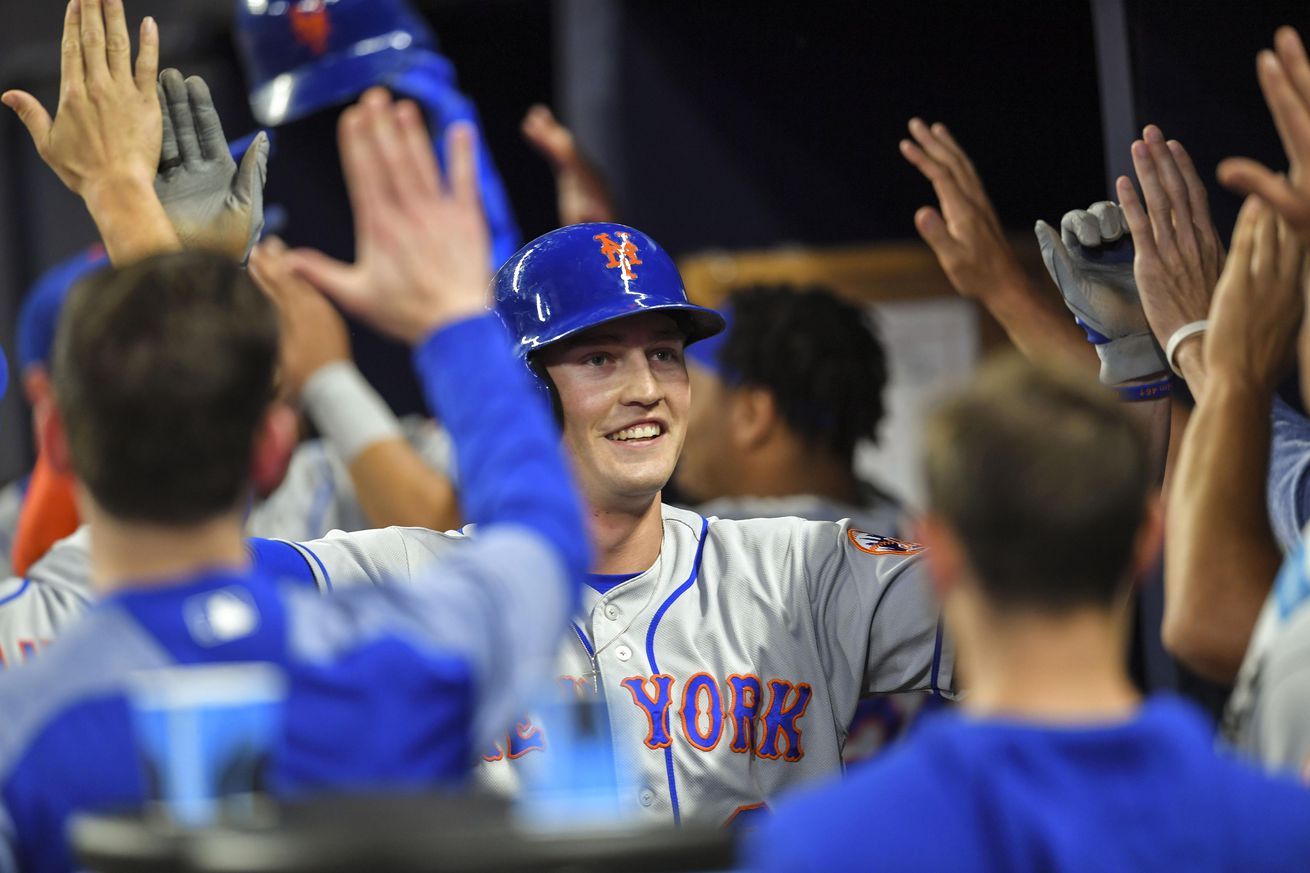 After early season struggles, both Brandon Nimmo and Zack Wheeler had breakout performances in tonight’s victory.

The Mets’ offense continued to roll in Atlanta, putting up six runs after falling behind 1-0 early. Zack Wheeler induced flashbacks of his previous start against the Nationals, once again struggling with his control, yielding a run in the bottom of the first inning as a result of two walks and a sacrifice fly. This time, however, he settled in and allowed just one more run the rest of the way, striking out eight over six innings of work.

The Mets immediately responded in the top of the second in the form of a Brandon Nimmo two-run homer out of the eighth spot in the batting order—a desperately needed moment of success for the struggling Nimmo. He would go on to collect three hits on the night. The Mets put up a four spot against Kyle Wright in the fourth, thanks to RBI doubles from Jeff McNeil, Robinson Cano, and Michael Conforto.

The Braves’ bullpen was impeccable after Wright’s exit, but the Mets’ bullpen matched zeros with them to secure the victory. Justin Wilson tossed a 1-2-3 seventh inning in his first appearance back after struggling with illness. Seth Lugo closed the game out with two scoreless innings of work, striking out two.