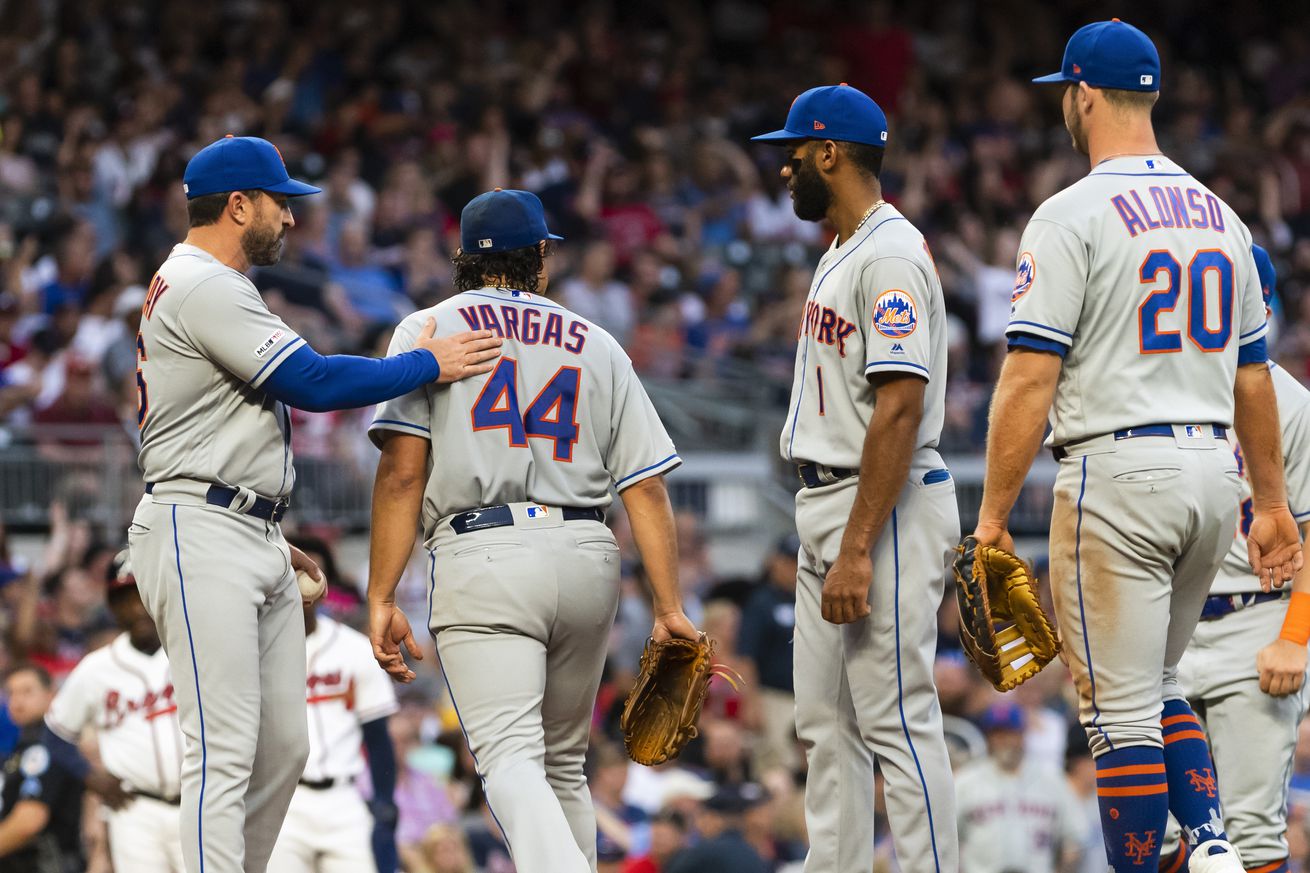 Jason Vargas was bad, and Corey Oswalt wasn’t much better.

The New York Mets endured an ugly 11-7 loss to the Atlanta Braves that served as a reminder that the team is in desperate need of a legitimate fifth starter if they hope to remain competitive throughout the season.

With Dallas Keuchel still unsigned and available, the Mets continue to rely on Jason Vargas to round out their starting rotation, and their faith in the left-hander continues to backfire. In his first start since April 2, Vargas couldn’t make it out of the first as he lasted just one-third of an inning while allowing four earned runs on two hits and three walks.

In relief, Corey Oswalt — the most likely candidate to take his place in the rotation — didn’t fare much better, as he was charged with five earned runs on six hits in 3.2 innings. In total, it took Vargas and Oswalt 107 pitches to record the first nine outs. The Mets used four pitchers, each of whom allowed at least one run.

After falling behind 4-0 in the first, the Mets battled back in the next inning and tied the game at four against Braves starter Sean Newcomb. However, the offense couldn’t get much of anything going against Touki Toussaint, who stymied the Mets over six inning of relief. The Mets scored two in the ninth to cut Atlanta’s lead to four, but that was as close as they could get.

Oh, and Mickey Callaway was also ejected in the bottom of the first for arguing balls and strikes.