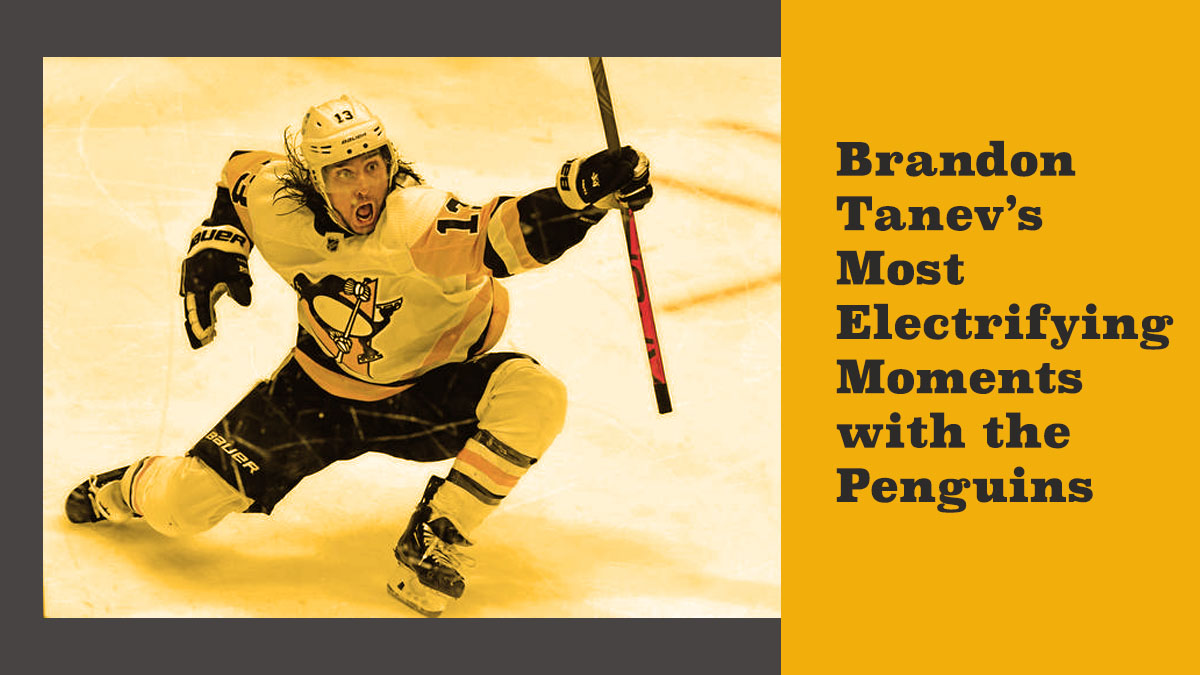 On Wednesday it was made official that the Seattle Kraken selected forward Brandon Tanev from the Penguins in the expansion draft.

Though the Penguins will be happy for his $3.5 million cap hit to come off the books, there’s no denying Tanev’s entertainment factor will be sorely missed.

Tanev only spent two shortened seasons with the Penguins, but he endeared himself to the fans with his memeable personality and barbaric on-ice play.

Let’s take a few minutes to reflect on Turbo’s most electrifying moments in Pittsburgh.

I’m not sure any series of events encapsulates Tanev better than this.

After using his speed to break behind the Islanders’ defense, he went crashing into Semyon Varlamov and remained down on the ice while a scrum ensued.

Penguins’ athletic trainer Chris Stewart walked out to check on Tanev, but he was suddenly fine as he began barking at Cal Clutterbuck.

We saw Tanev score a number of breakaway goals, but none were as memorable as the goal he scored against Fleury in Vegas.

The Penguins were battling to hang onto their one-goal lead until Kris Letang sprung Tanev, who used his wheels to beat the defense and then made a slick move in tight to bury it past Fleury.

I will forever love Jason Zucker just standing there laughing.

Tanev picked up his first goal with the Penguins in OT against the Avalanche in the most Tanev way possible.

After skating the puck through the neutral zone and into the offensive zone, he weaved across the slot before banking the puck off Gabriel Landeskog to win the game.

That celebration was Pittsburgh’s first taste of Tanev’s fire.

I’m sure your rankings look different than mine, but no Tanev moment was more electrifying than his game-winner in game 3 against the Islanders.

The Penguins desperately needed the win as he whacked the puck out of mid-air to give the Penguins the lead with just minutes remaining in the game.

I suppose it’s fitting that his first and last goals with the Penguins also included his two best celebrations in black and gold.

Tanev is not the missing key to a fringe Cup-contender, and considering his age, cap-hit and remaining contract length, it’s a good thing the Penguins had him taken off their hands.

That said, the Penguins are sure to be a little less entertaining without him in the lineup.