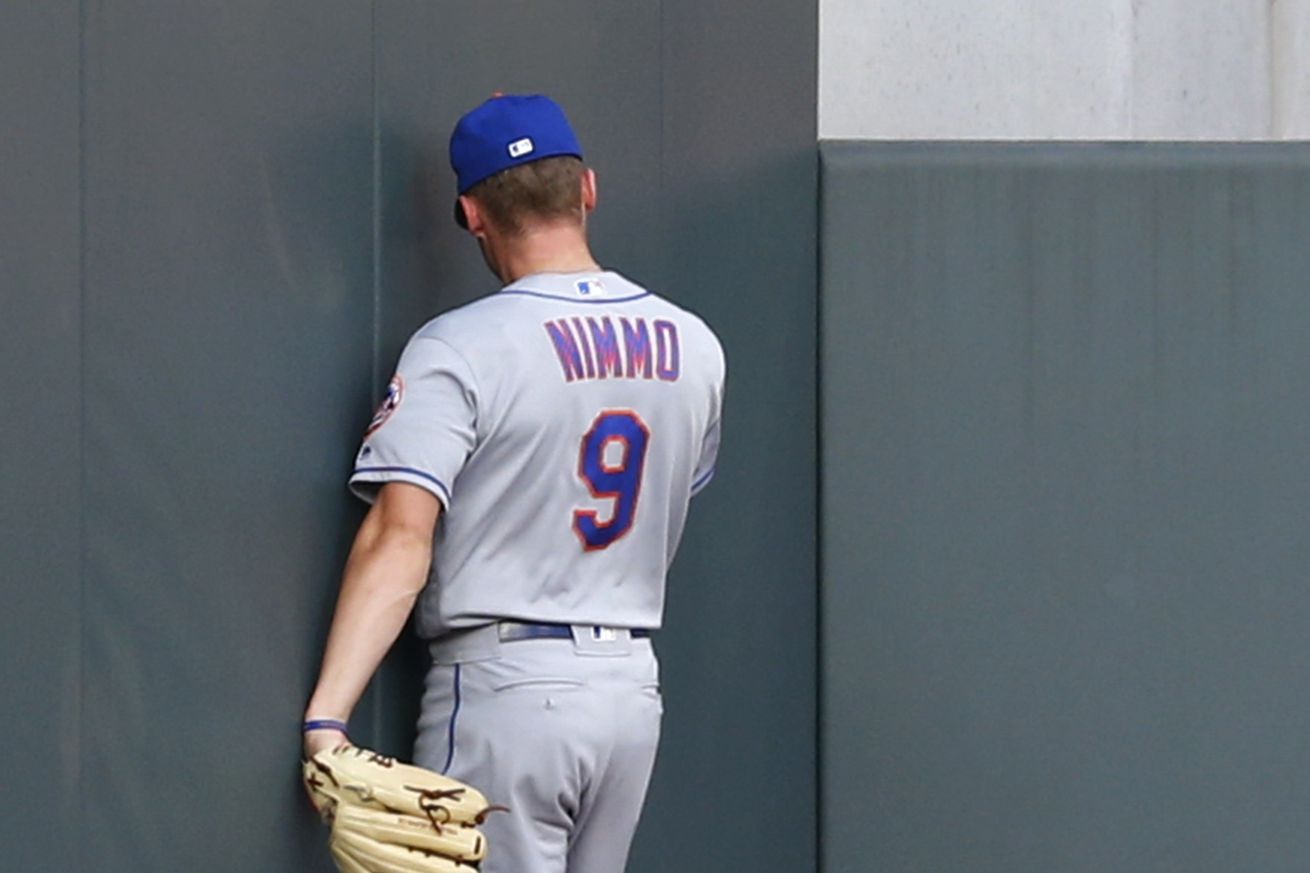 The neck injury knocked Nimmo out of Tuesday’s blowout.

In a perfect embodiment of adding injury to insult, Brandon Nimmo felt his neck “lock up” during his first inning at bat of Tuesday night’s blowout loss against the Phillies. He had awakened with a stiff neck that morning and attempted to stay in the game before departing in the bottom of the inning.

According to Nimmo, he had difficulty running and turning his head to see the ball, which was reflected in a misplay of a J.T. Realmuto double.

Nimmo reported having a similar issue during childhood, which was resolved after a day of muscle relaxers and a brace.

As expected, Nimmo is out of the lineup and not expected to be available to pinch hit for Wednesday afternoon’s finale against the Phillies, but with an off-day on Thursday, he is targeting a return on Friday in St. Louis.

The timing is unfortunate for the suddenly-hot Nimmo, who began the season in a deep funk before pulling his OPS up to a season-high .851 following his leadoff walk on Tuesday.