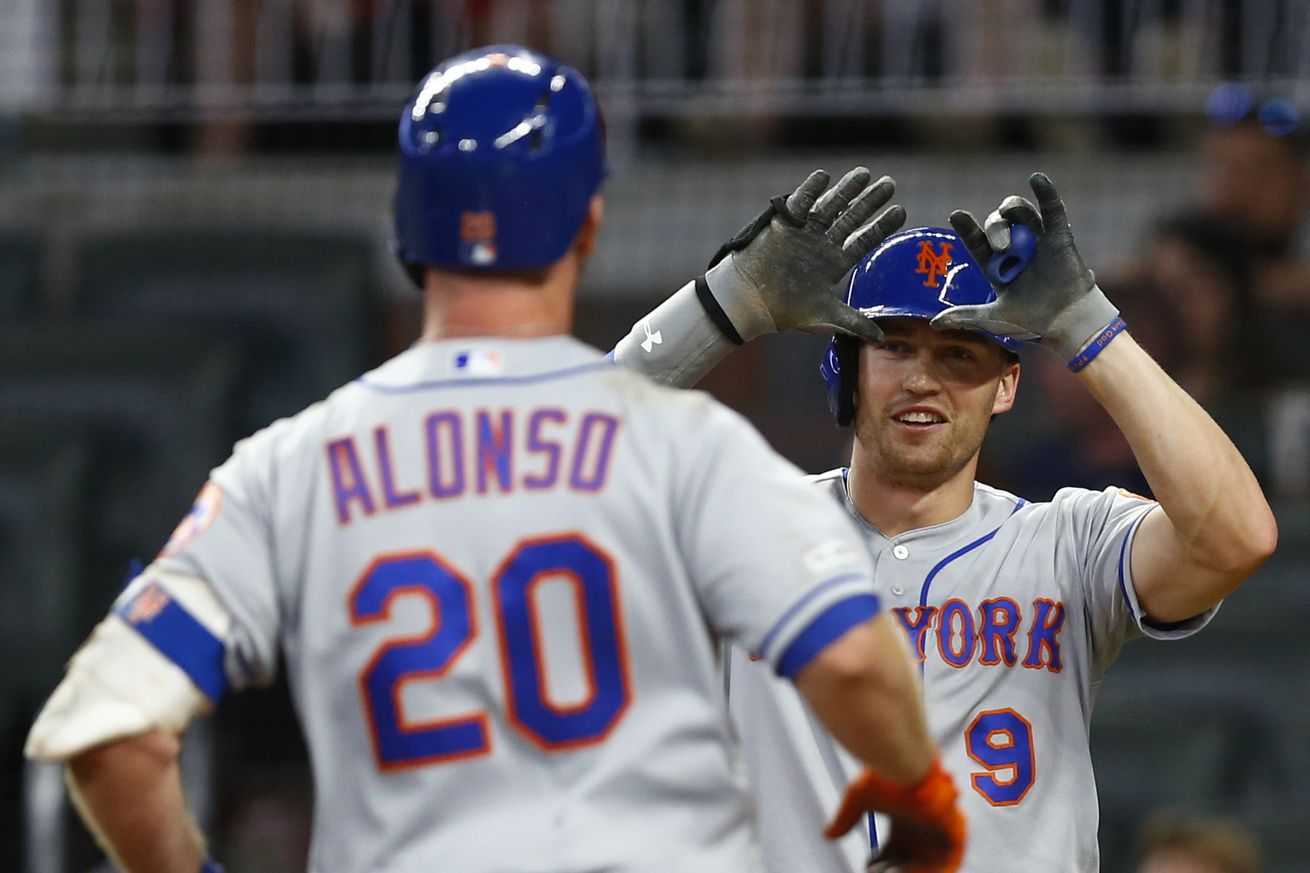 Yes, he did it again.

Last week, we geeked out over the Statcast readings of Pete Alonso’s first major league home run, which was one of the more jaw-dropping home runs that any Mets player had hit in a while. It couldn’t get much more impressive than that one, or so we thought. Last night, Alonso outdid himself, hitting another frozen rope for a home run, his sixth of the season, and this one was somehow even harder and farther than his first one in Miami.

For starters, the 118.3 MPH exit velocity is not only the hardest home run that any Mets hitter has hit since Statcast started measuring exit velocity in 2015, but it is the hardest hit ball of any kind by a Mets hitter in that time, which includes some absolutely scorched balls by the likes of Yoenis Cespedes, Michael Conforto, and Lucas Duda.

As for how it stacks up to other hitters around the league, it’s the hardest home run in the all of baseball so far this season by a full 3 MPH. In fact, it’s the second-hardest hit ball of any kind in the league so far, second to only Giancarlo Stanton’s 120.6 MPH ground ball base hit on Opening Day. Last year, there were only 14 balls in play hit harder than 118.3 MPH all season, and ten of them were hit by Stanton. However, only two of those 14 were homers, and both of them belonged to Stanton as well.

If you want to look at how Alonso’s blast compares only to other home runs, here is a list are all of the homers hit over 118 MPH since the advent of Statcast in 2015 via Baseball Savant:

Only Aaron Judge and Stanton previously made up that entire list, and now Alonso has his name thrown in there as well. Judge and Stanton have basically been the poster boys for hitting baseballs hard in the Statcast era, and they were in their own rarified air of sorts. But in just his first two weeks, Alonso has already put his name along side them in the leaderboards.

But as impressive as all of that is, we haven’t even touched on the incredibly low launch angle yet. If you thought Alonso’s first home run that went 444 feet at just 21 degrees was amazing, 453 feet at 17 degrees is even more preposterous. Statcast had previously only measured five home runs that went at least 450 feet with a launch angle of 17 degrees or lower. And yes, four of them were hit by either Judge or Stanton, and Jorge Soler has the fifth. Digging deeper, only one of those five homers had an exit velocity higher than 118.3 MPH, and it belongs to Judge.

So there you have it, only one home run since 2015 was hit as hard, far, and at the angle that Alonso hit his home run last night, and the player who hit it is possibly the most prolific power hitter in the game today. Statcast might not always tell you much, and these numbers may be too gory for some fans to enjoy, but the simple conclusion to draw from all of it is this: Mets fans are potentially watching an extremely special power hitter blossom right in front of their eyes, and this is only the beginning. We could get quite used to watching Alonso launch some awe-inspiring missiles all around the park for years to come.