Hope you had a balanced breakfast. I have a feeling you’ll need it to get through another wacky game in Cincinnati. The Mets will finish their series against the Reds today in a daytime rubber match before they return home on Friday.

It’s a 12:35 ET start, and you’re television destination for this one is SNY, where I’m sure Gary Cohen will take another shot at Skyline Chili. If you’re in Cincinnati and not at the game for some reason, you can check it out on Bally Sports Ohio. And for the rest of the country, MLB Network will be simulcasting this one.

If you’re an old timey radio fan, you can catch this game on WCBS 880, or WQBU 92.7. Or WLW 700 in Cincinnati, where hopefully a Reds announcer won’t have to apologize for anything (but if Nick Castellanos is playing, all bets are off.)

Marcus Stroman has had one other career start in Cincinnati. It was in September of 2019, and a flu limited him to four and 2/3’s innings where he gave up three hits, three walks, and two runs. (The good old days, where the flu was the worst thing we worried about infecting us.) The Mets would win this game as they ambushed Trevor Bauer for four runs in the first inning.

Stroman has had a strong overall season, but has struggled in his last four games, going 1-3 with a 5.00 ERA and an opponents batting average of .338 in 18 innings of work. 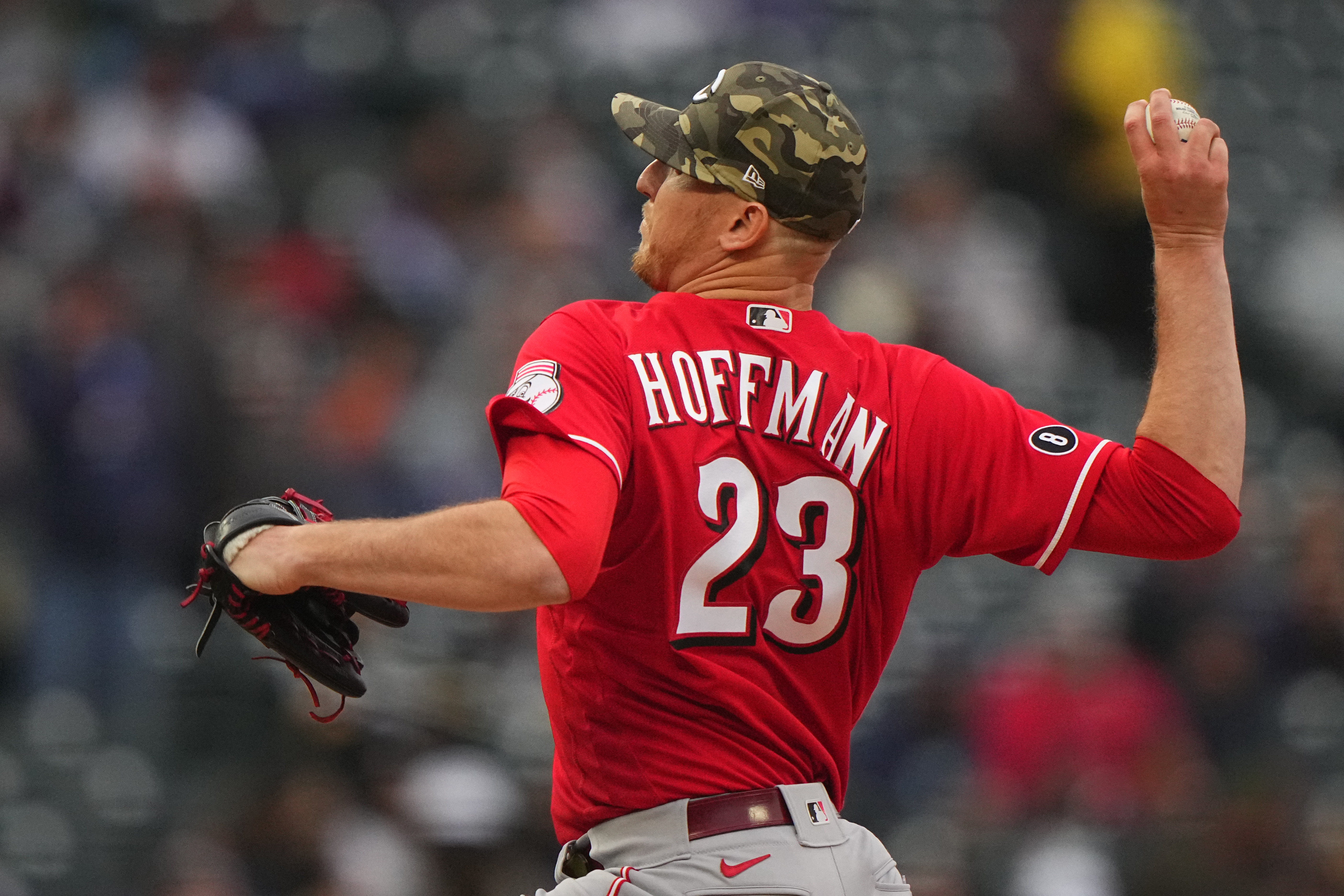 Jeff Hoffman starts for the Reds, and he will be making his first appearance since May 26th as he was dealing with a shoulder impingement. Hoffman’s last six starts before he was officially injured featured only 20 and 2/3’s innings of work as he pitched to a 6.53 ERA and 20 walks in that time. We’ll see how pitching while injury free will help his control.

The Reds posted their lineup first so let’s start there …

Day baseball with the series on the line.

And the Flushing Nine:

Mets lineup at Reds today, with Tomas Nido starting for a third time in four games:

Kudos to Tim Healey for posting the Mets lineups before the literal Mets did. Jonathan Villar gets the start at third base, and Tomas Nido is back behind the dish.